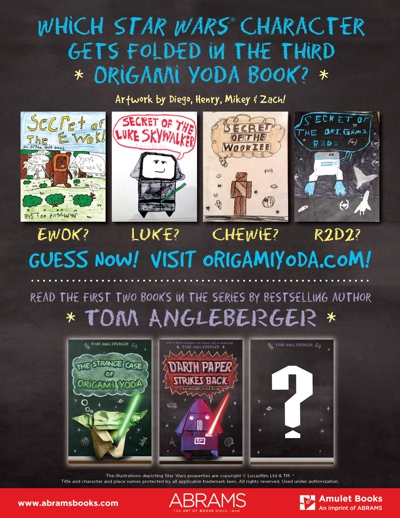 A couple of years ago we featured Tom Angleberger's great book The Strange Case of Origami Yoda in the Unshelved Book Club. The sequel featured Darth Vader a.k.a. Darth Paper, and now the publisher Abrams, this week's sponsor, is hosting a poll to see which character will get folded next. Will it be an Ewok? Luke Skywalker? Chewbacca? R2D2? Use the Force to help choose! Click through to vote, and for more information on Tom Angleberger's other books.