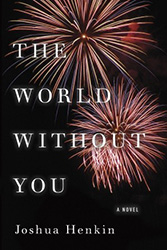 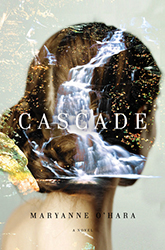 Unshelved is made possible this week, in part, by two authors spending their own money to make sure you know about their books. Please help make sure that was a good investment by checking them out.

Joshua Henkin wrote The World Without You:

"Like a more bittersweet version of Jonathan Tropper’s This is Where I Leave You or a less chilly variation on Jonathan Franzen’s The Corrections, Henkin (Matrimony) tenderly explores family dynamics in this novel about the ties that bind, and even lacerate. One year after the death of their kidnapped journalist son, Leo, in Iraq, David and Marilyn Frankel, non-practicing Jews, call their entire mishpocha to their summer home in the Berkshires to attend his memorial service: Clarissa and her husband, Nathaniel, who, after years of putting off parenthood, are having a difficult time getting pregnant; Lily, a D.C. lawyer who shows up without Malcolm, her restaurateur boyfriend of 10 years; Noelle, an Orthodox Jew who arrives from Jerusalem with her husband, Amram, and their four children; and Thisbe, Leo’s widow, a grad student who flies in from Berkeley with their three-year-old son, Calder. Over the course of the Fourth of July holiday, David and Marilyn will make a stunning announcement; Thisbe will reveal a secret; a game of Celebrity will cause Amram to drive off into the night; Leo will be remembered; and someone will pee on the carpet. The author has created an empathetic cast of characters that the reader will love spending time with, even as they behave like fools and hurt one another. An intelligently written novel that works as a summer read and for any other time of the year." -- Publishers Weekly (starred review)

1935: In a small town fighting for its survival, a conflicted new wife with artistic promise is forced to choose between duty and desire

Desdemona Hart Spaulding was an up-and-coming Boston artist when she married in haste and settled in the small, once-fashionable theater town of Cascade to provide a home for her dying father. Now Cascade is on the short list to be flooded to provide water for Boston, and Dez’s discontent is complicated by her growing attraction to a fellow artist. When tragic events unfold, Dez is forced to make difficult choices. Must she keep her promises? Is it morally possible to set herself free?

Set during the Depression, Maryanne O’Hara’s luminous first novel centers on a woman torn between big-city dreams and life as a small-town wife and mother. Forced to leave art school after her father can no longer pay the tuition, Desdemona Hart returns to rural Cascade, Mass., to find her dad in failing health and her childhood home in foreclosure. A gifted artist who’s studied in Paris and longs to work in New York City, Dez instead marries local Asa Spaulding, who has loved her fiercely all her life. “She suspected he was secretly grateful when their fortunes turned upside down,” O’Hara writes. “It gave him the chance to step in and save them.” As her husband pushes for children and conformity, Dez finds herself increasingly isolated from the community. But when plans to dam a nearby river threaten the town’s existence, she discovers a way to fight for its survival that just may save her soul as well. Gorgeously written and involving, Cascade explores the age-old conflict between a woman’s perceived duty and her deepest desires, but in O’Hara’s skilled hands the struggle feels fresh and new.