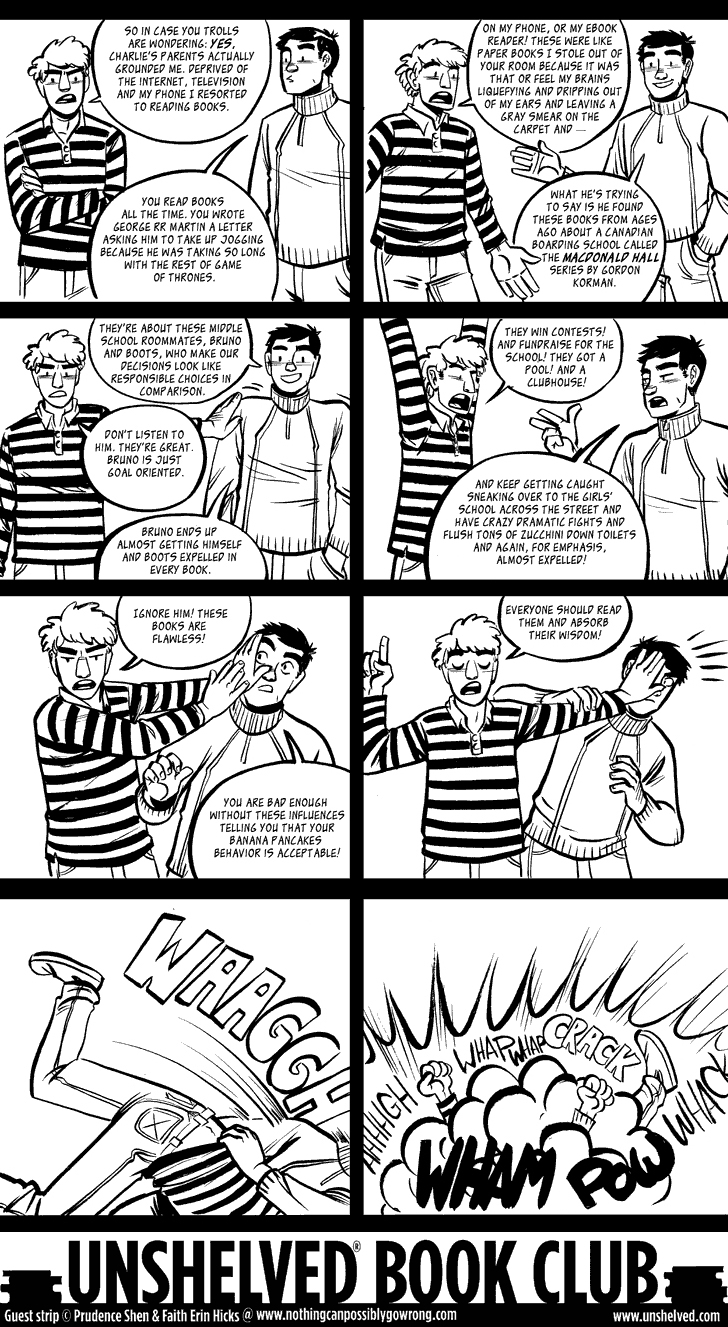 This week we're excited to bring you an awesome guest book club strip by Prudence Shen and Faith Erin Hicks, authors of the new graphic novel Nothing Can Possibly Go Wrong:

You wouldn’t expect Nate and Charlie to be friends. Charlie’s the laid-back captain of the basketball team, and Nate is the neurotic, scheming president of the robotics club. But they are friends, however unlikely — until Nate declares war on the cheerleaders, and the cheerleaders retaliate by making Charlie their figure-head in the ugliest class election campaign the school as ever seen. At stake? Student group funding that will either cover a robotics competition or new cheerleading uniforms — but not both.

Bad sportsmanship? Sure. Chainsaws? Why not! Nothing can possibly go wrong.

If that sounds like fun you can read it free on their site and then buy the book, published by our friends at First Second!

Also in this week's Unshelved Book Club you'll find books about a serial killer hunter, a twelve-year-old trying to make things right, a woman who marries her teenage fling, douchebags, a Japanese baker, a teenage girl undergoing disturbing changes in her personality and behavior, an adoptee out to meet her birth mother, and a boy chasing the thief who stole his stuffed pig.