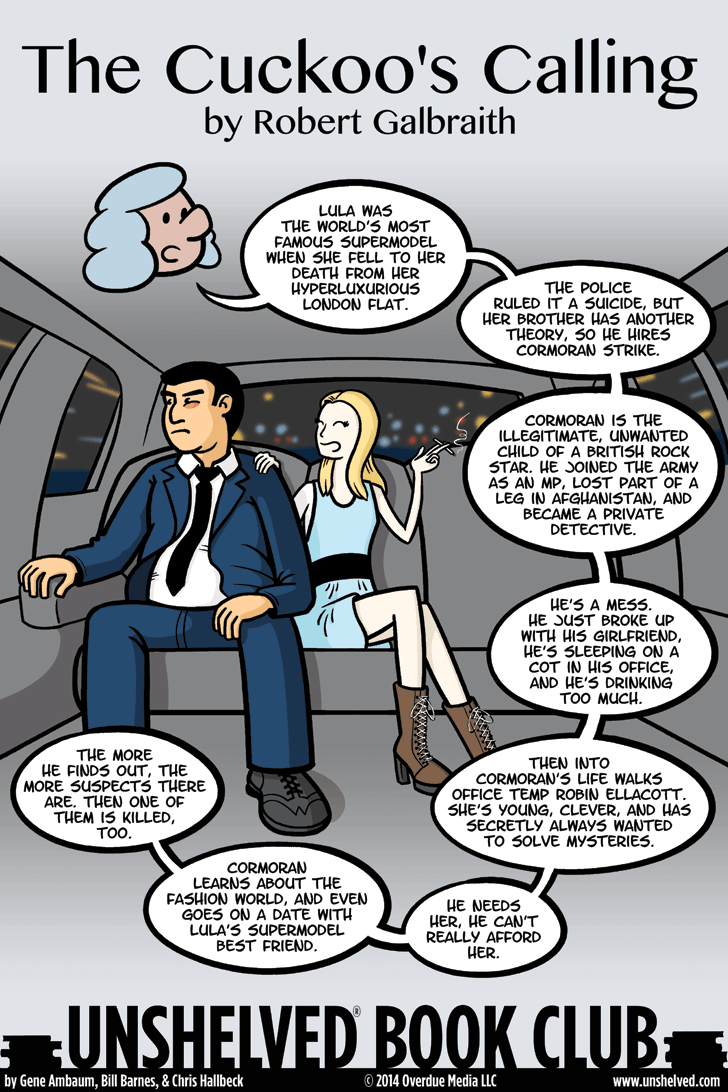 With today's book talk of The Cuckoo's Calling we welcome Unshelved's new regular guest artist, our good friend Chris Hallbeck, author of three hilarious webcomics you should read every day: The Book of Biff, Maximumble, and Minimumble. Bill and I will continue to write the book talks together, but now Chris will draw some of them, giving Bill a much-needed break while he's on his insane 13 month roadtrip. Please join us in welcoming Chris to the Unshelved family!

In this week's Unshelved Book Club you'll find books about a PI investigating a plot against his ex-girlfriend's boyfriend, an aging warrior battling his aches and pains as he fights a hopeless battle, a number of strange deaths due to household appliances, a young woman who opts for gastric bypass surgery to lose weight, a man who kidnaps a former friend because he wants to talk, U2, three sisters strugglig with their older brothers' "suicides," and an autobiographical graphic novel full of crushes, awkwardness, friendship, and punk music.