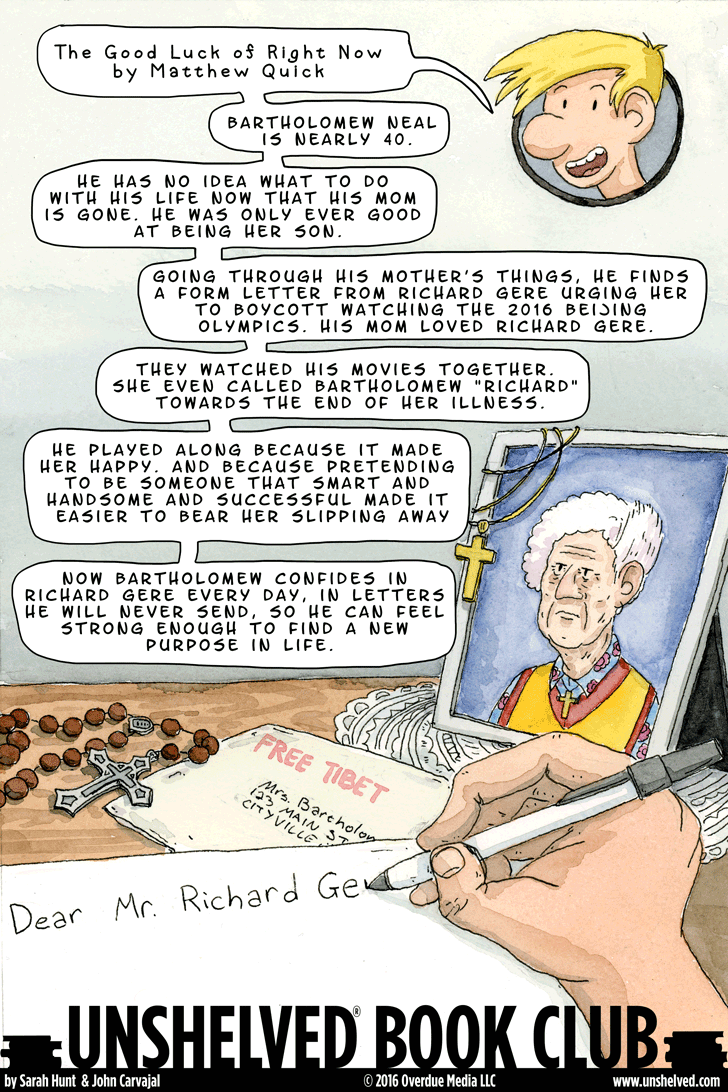 This week's Unshelved Book Club features books about a young woman whose plastic surgeon dad proposes to her new friend, Spiritualism in the early 20th Century, photos of food that include a cute dog, a swashbuckling adventure, and a picture book full of poems and dreamlike paintings.

Today's book club is also the first Friday Unshelved Book Club drawn by John Carvajal. I really like John's style, and I'm happy to say he'll be drawing Friday comics on an ongoing basis. Here's what John has to say about himself:

John Carvajal grew up in the endless summer weather of Central Florida prior to moving to the New England region. He is a cartoonist with an MFA in Cartooning from The Center for Cartoon Studies. John has collaborated with various writers including Aaron Humphries in Composition Studies issue 43.1, the Cambridge Historical Society, the Massachusetts Historical Society, and Simon Mesnard on a new ongoing Sci-Fi series, Anterran. You can view some of his work here and his ongoing daily comics here. (Sometimes they’re nsfw-ish.)