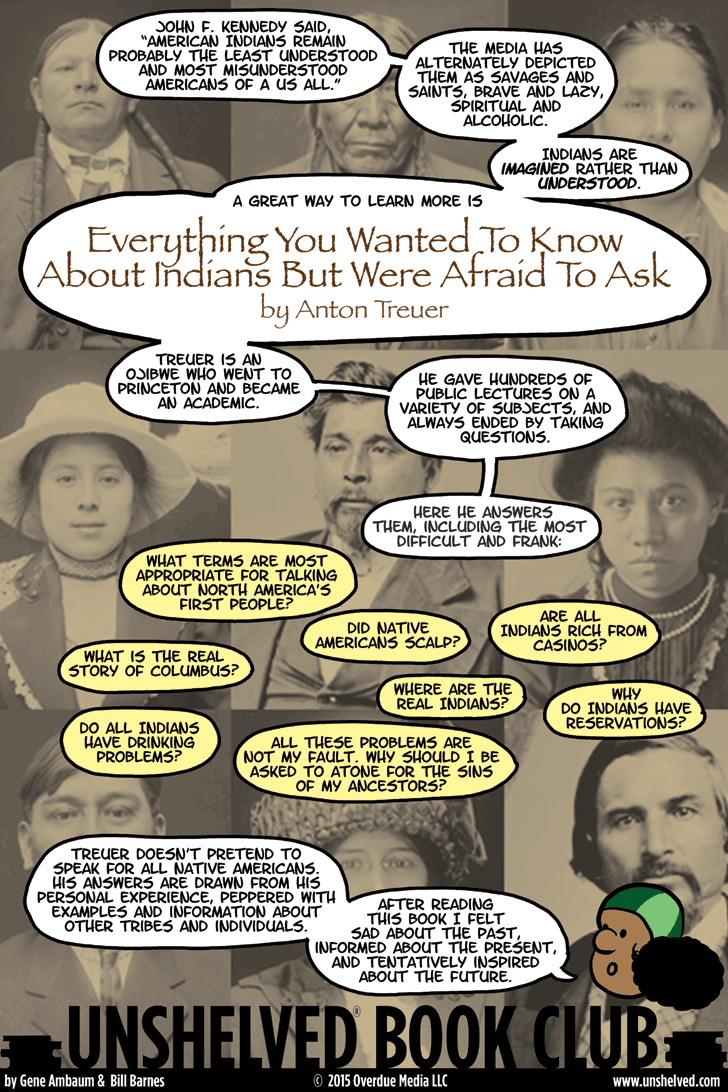 Link to this review by robert tagged coming of age • paranormal

It isn't just lingering grief over his mother's death and his father’s sudden marriage to an herbalist that have Charlie Laird depressed and on edge. His new home is filled with ominous nocturnal sounds, as if malign, fantastical creatures are using the hallway as part of their commute. Charlie knows that most twelve-year-olds don't barricade their bedroom doors with moving boxes. And he’s guzzling cold coffee after bedtime to stay awake. The good news is Charlie has friends -- athletic Rocco, class brain Alfie, and the petite but undaunted Paige. He’s going to need them because everyone in town is about to have extra scary nightmares. And they are going to escape into our world using Charlie's new home as a highway.

Why I finished it: The authors' emphasis on Charlie's relationships, even when strained, between himself and his family and friends, kept me worried about him and interested in his trials and tribulations. The monstrous Nightmares he meets are often personable and even charming. (When they're not turning people into stone, that is.) There are disguises, running fights, trials by ordeal, and the shocking revelation the Nightmares themselves are afraid of their mortality. There’s also a fair amount of sometimes cynical humor. For example, when the school full of imprisoned elementary students riot against their goblin captors, the improvised missiles they hurl include math books, cans of ”Pork-Style Meat Product,” and other substances from the school cafeteria. And any book where giant cockroaches clutch their purses and exhibit moral outrage is a good book!

Readalikes: The Spiderwick Chronicles by Tony diTerlizzi and Holly Black also features children fighting against plots by malign, fantastic creatures to keep their family and friends safe. It also has a big, old house.

A modern take on the classic coming-of-age novel, inspired by *Anne of Green Gables*

In the grand tradition of Anne of Green Gables, Bridget Jones’s Diary, and The Three Weissmanns of Westport, Andi Teran’s captivating debut novel offers a contemporary twist on a beloved classic. Fifteen-year-old orphan Ana Cortez has just blown her last chance with a foster family. It’s a group home next—unless she agrees to leave East Los Angeles for a farm trainee program in Northern California.

When she first arrives, Ana can’t tell a tomato plant from a blackberry bush, and Emmett Garber is skeptical that this slight city girl can be any help on his farm. His sister Abbie, however, thinks Ana might be just what they need. Ana comes to love Garber Farm, and even Emmett has to admit that her hard work is an asset. But when she inadvertently stirs up trouble in town, Ana is afraid she might have ruined her last chance at finding a place to belong.

Link to this review by emilyreads tagged literary • paranormal

Up-and-coming TV producer Norah is determined to book Ted Shriver, a disgraced literary wunderkind suffering from a brain tumor, on her faltering TV show. Luckily for Norah, Ted is staying at the famed Algonquin Hotel, where the ghost of Dorothy Parker still resides, thanks to a magical guest book that keeps her in semi-corporeal limbo. Parker wants Ted to sign the book and keep her company in the afterlife, and she’s willing to help Norah make inroads with Ted if Norah helps her by bringing the book (and thus Parker) to Ted’s room. Old wounds reopen once the truth behind the plagiarism scandal that ruined Ted’s career is revealed, and Norah is faced with a difficult choice: harm the writer she reveres and save her show, or throw away her career to respect the wishes of a dying former star? It’s a boozy exploration of legacy, loss, and what we really owe the ones we’ve wronged.

Why I picked it up: I was one of those teenagers who gravitated to Dorothy Parker’s acerbic wit in high school as an antidote to what I saw as the mindless prattle of my classmates. The idea of her haunting the Algonquin, desperate for a drinking buddy, amused me.

Why I finished it: I hadn’t read the first book in the series, Farewell, Dorothy Parker, but needn’t have worried: there’s enough subtle backstory to understand where Parker came from without detracting from the central narrative. I loved the emotionally damaged Ted and his ex-wife, Audrey, and appreciated the (refreshingly) not-entirely-inaccurate details of life in publishing.

It's perfect for: My friend Michelle, a Parker-phile and avid reader who would love both the literary-mystery aspect and Ms. P’s “no-f**ks-left-to-give” attitude.

Carr Luca is a Zeroboxer, an MMA expert who fights in a zero-gravity cube. This requires special skills, strategies, and knowledge of angles, as well as fast reflexes and brute strength. Carr has these, and as his career begins to take off after a few big wins, he is assigned a brandhelm, a Martian woman named Risha who is eager to advance his career with aggressive publicity. Soon, Carr’s popularity explodes, and he becomes an important part of the public face of the sport.

Seeking the best competition, Carr goes off-world, where colonists have adopted Zeroboxing as their sport. But he discovers a sickening truth about his past when he is approached by a shady gambler who wants a share of Carr's winning and popularity.

Why I picked it up: Zero-Gravity MMA fighting in space!

Why I finished it: I enjoyed the fighting as well as the politics of genetic engineering. Lee had several balls up in the air throughout the novel -- Carr and Risha's romance, Carr's developing career, the scandal over his background, and Risha's attempts to further Carr's career. But, of course, the big draw was the ever-increasing difficulty of the fights that Carr took on.

It's perfect for: Adam, a new science fiction reader. This is not an epic space opera, so his fantasy reading background will keep him reading long enough to understand the world until he is hooked by the action. He’ll love the breathless description of the brutal blows absorbed by Carr as well as the ways he knocks out his opponents.

Link to this review by geneambaum tagged graphic novel • romance

Comics and illustrations based on Philippa Rice’s life and romance with her boyfriend, artist and comic creator Luke Pearson. They move from meeting at a comic show to assembling furniture together to just hanging out.

Why I picked it up: I kept seeing it in bookstores where it stood out from the other books around it -- lots of red on the cover, and the illustrations made it look more like a board book than a graphic novel.

Why I finished it: The drawings don’t have black lines around everything like so many comics do, so they look like a collection of soft black and white and red shapes. (Have a look.) This somehow adds to the overall sense of love that comes through on every page.

Readalikes: I don’t read many romances, so it’s hard for me to describe the ones I like in an eloquent way, but Rainbow Rowell (Fangirl, Eleanor and Park) has never let me down.

Armond has been invited to his friend Felicia's birthday party, but he's worried that he won’t be able to handle the noise, the smells, and the chaos.

Why I picked it up: My library is trying to be better about welcoming kids with Asperger's and Autism.

Why I finished it: I liked that Armond really didn't like everything about the party but figured out some ways to make the experience less stressful, like taking a break in a quiet room to read. He was willing to try something challenging to be a good friend.

Readalikes: Counting by 7s by Holly Goldberg Sloan, in which Willow, who is just a bit different, figures out how to use her strengths to get through a crisis, though one that's much bigger than going to a party. Armond and Willow both need and deserve a little extra understanding to shine as they are.

Summarizing this graphic novel in a normal way would give away too much, even though it’s wonderfully inexplicable even at the end. It takes place in a world where parents aren’t people, where the weather can be deadly, where kitchens are full of gods, and where, instead of TV programs, people watch bizarre and sometimes horrific wheels. It’s about a kid named Scarper Lee whose death day is just a few weeks off. It’s narrated by Scarper and the home gazette the school gave him -- it records what he says and says it back to him. And it’s about him kinda falling for and then going on the run with the new girl at school, Vera Pike.

Why I picked it up: Davis’s meaty adaptation of Don Quixote is huge and beautiful, but I haven’t been in the mood for a classic. When I was offered a review copy of this, his new book (which is shorter), I jumped at the chance to read it. Liked the weird, inexplicable title, too.

Why I finished it: The second page is where the madness starts.

“The Weather clock said, ‘Knife o’clock.' So I chained dad up in the shed.”

What? I never knew what to expect from one page to the next. The story sucked me right in with the knife-filled sky, and then the image of Vera arriving at Scarper’s place after a leisurely stroll in the sharp weather. And the book’s strangeness never let up.

Readalikes: Davis’s art reminds me of Dan Hipp’s in The Amazing Joy Buzzards, in which an adventurous band battles to save the world. Both are great at showing their characters' attitudes, and they have a berserk creative energy that’s visible on every page but still easy to follow, storytelling-wise.