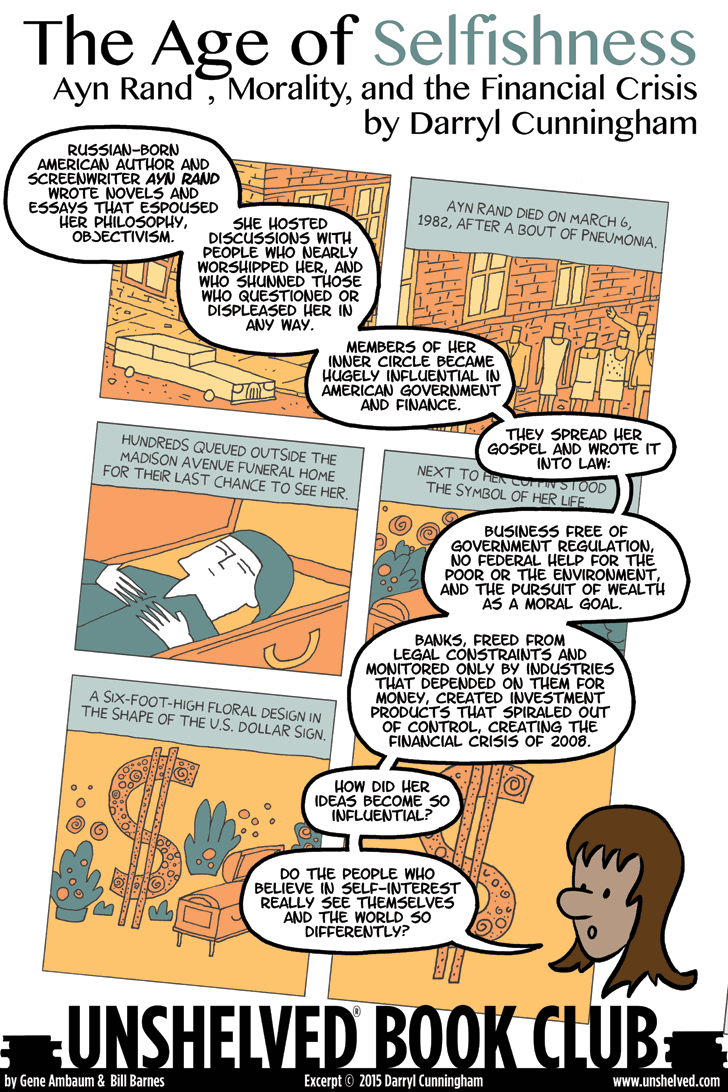 Link to this review by flemtastic tagged coming of age • fantasy

Years ago a magical plague killed most of England’s populace. Elizabeth works as a witch hunter for keeping England safe.

When she is caught with witching herbs in her possession, she is sentenced to death despite her years of service. Her only hope is rescue by those she has hunted -- they want her alive to help remove the curse on their leader, public enemy number one, the magician Nicholas Perevil. The man responsible for keeping England witch-free, Lord Blackwell (Elizabeth's former boss), sends everyone after her.

Why I picked it up: Online, I saw a number of librarians talking about how good it was after a few of them landed an early copy at ALA Midwinter. When I had a chance to get my hands on a copy, I seized the day.

Why I finished it: It has it all: forbidden romance, magic, politics, intrigue, danger, and burnings at the stake. There is even a scene where someone is buried alive. I read it in one sitting.

Readalikes: The False Prince by Jennifer Nielsen, another YA fantasy that made it seem like predictable twists and turns were coming yet always surprised me.

Life is weird. Embrace it.

A bear flies through space. A hamster suffers a breakdown. Elsewhere, a garden snake is arrested by animal control and jailed for home invasion, while a child marvels at the wonder of nature as worms emerge from the ground and begin looking for vodka (as they always have). These are common occurrences in the world of Reza Farazmand’s wildly popular webcomic, Poorly Drawn Lines. Traveling from deep space to alternate realities to the bottom of the ocean, this eponymous collection brings together fan favorites with new comics and original essays to share Farazmand’s inimitable take on love, nature, social acceptance, and robots.

“Poorly Drawn Lines consistently walks the line between deeply poignant and laugh-out-loud funny.” -Matthew Inman, creator of The Oatmeal and New York Times bestselling author of 5 Very Good Reasons to Punch a Dolphin in the Mouth

“Poorly Drawn Lines is the funniest comic I’ve read since The Far Side.” -Wil Wheaton, actor (Star Trek: The Next Generation; The Big Bang Theory)

Archie has climbed Mount Nosebleed and tiptoed through a field of sleeping leopard seals. The other penguins believe he’s not afraid of anything. The truth is that he secretly fears both the water and the creatures who live there, so he figures out different ways to fly, including a giant slingshot and a rocket.

Why I picked it up: That’s a seriously fun looking cover.

Why I finished it: Loved the way the other penguins are rooting for Archie to make it to the fish fry on Iceberg Nine. My favorite is the Mayor, who always congratulates Archie on his flights. “You flew twenty feet straight down!”

Readalikes: Another story where sea creatures aren’t as scary as they look on the Discovery Channel, Kevin Sherry’s I’m The Biggest Thing In The Ocean.

Sandor collects thirty-one stories from the last two centuries, each one creepy, uncanny, and/or strange in its own way. From unfamiliar stories by familiar authors (“Berenice” by Edgar Allan Poe) to stories from more modern authors ("Foundation" by China Miéville), each leaves the reader with an uneasy feeling.

Why I picked it up: I thought this would be a collection of good ghost stories.

Why I finished it: The ghosts are few and far between. Edith Wharton's "Pomegranate Seed" is an exception, in which a man's second wife discovers he is receiving letters from his dead wife. She never perceives the ghost, but both she and her mother-in-law are deeply disturbed by the letters' arrival, and the husband seems powerless to stop them.

I dove right in for the authors I recognized such as Franz Kafka and Shirley Jackson, but soon found new sources of weirdness that still bother me. "Old Mrs. J" by Yoko Ogawa follows a lady who finds a new apartment run by a very old woman who grows marvelous vegetables in her garden, including a number of hand-shaped carrots. After the old woman dies, the police uncover her husband's body in the garden, and it is missing its hands.

It's perfect for: Marlee, who loves spooky stories about dolls and automatons like "The Puppets," by Jean-Christophe Duchon-Doris in which a marionette narrates how a morally upright town constable tries to shut down a traveling theatre, but ends up stealing the narrator when he falls in love with her. I also think she'd love to puzzle over modern fairy-tale writer Kate Berheimer's “Whitework” in which a woman relates her escape from a forest with a companion who silently brings her coffee and rolls. The narrator spends days poring over a book with a picture of a woman who may look like her, although it is hard to tell because all the pictures are white. Is she dreaming or describing a mental breakdown?

Lulu is fed up with her job search and her life. After a bad interview she spends a night at a hotel and then, in the morning, gets a ride to a small town on the coast. She plans to spend some time away from her friends and family “just to see.” After a short-lived romance, spending some time hungry on the streets, and even trying her hand at purse snatching, it’s unclear if she’ll ever return home.

Why I picked it up: Davodeau’s The Initiates was fantastic.

Why I finished it: I’m sure most of us, in our darkest moments, have had the same thought as Lulu. What if I just took off? Could I start my life over?

There’s a serious tone to the book because of the way it starts, with Lulu’s friends and oldest daughter gathering to tell what they know about what she did or what happened to her. (She contacted some of them, others went to check on her.) She’s not at the meeting, so there’s an air of a mystery about whether or not she’s still alive and what happened that kept me reading. Throughout her adventure Lulu seems realistic, a little lost, and on the verge of figuring out what makes her happy.

Readalikes: Shoplifter by Michael Cho, another graphic novel about an unhappy woman who once wanted more for herself but who has settled into a rut.

A proud and defiant goat claims a steep spot on a hoodoo as his own, refusing to share with birds, bears, wolves, and other goats.

Why I picked it up: Nobrow is one of my favorite publishers. Their books are visually engaging, and their artists come from all over the world. I was excited when I found out they had started this children's imprint.

Why I finished it: I loved the gorgeous simplicity of the art. The book is printed in subdued but vibrant colors that capture the desert setting beautifully. While the rock is a dull grey and the dominating goat is always a yellowish brown, the sky behind them shifts through amazing colors throughout the day and night, from dawn’s glowing orange to dusk’s vibrant midnight blue. The pages (plus the sun and the moon), are bordered by shapes that give a sense of whimsical order. These boundaries echo those set by the goat -- they are bold and persistent and only disappear when he finally invites his fellow goats to join him.

It's perfect for: My nieceling, Clover, who has been the queen of her rock for three long years, and is going to have to learn how to share soon now that her new brother has shown up. This book is both a celebration of independence and a subtle message about how much better things can be when others can enjoy them, too.

Link to this review by darcy tagged cookbook

A cookbook that features portable, on-the-go versions of nutritious foods for athletes.

Why I picked it up: I was searching online for recipes to use to feed my own young athletes, and this cookbook was mentioned.

Why I finished it: I make lunches almost every morning. For a while I wowed my kids by making rice balls. They thought those were fun. Most mornings, though, I'm in a hurry and don't have any time for anything other than a hasty smear of peanut butter across some bread. The recipes in the book are both sweet and savory, and are often based on rice, dough, or polenta. They’re packed with nutritious and high protein ingredients. I especially loved the chapter that included a variety of egg dishes, and that explained how to use a muffin tin to bake eggs.This results in a uniform shape for egg and cheese concoctions that can then be easily wrapped and stored for lunches, hiking trips, and the like. The “Rice Soufflé" recipe uses this technique, and contains eggs, rice, and parmesan cheese. It is the perfect size for lunch at work and goes well with a cup of tomato soup. All the items in this cookbook can be made ahead and stored for the week, and many can be modified to use leftover vegetables.

It's perfect for: My friend Gail. We both roll our eyes at the pictures of bento boxes filled with food that look like animals and cartoon characters. I think she will especially appreciate the rolled sandwiches, made by flattening a piece of bread and smearing it with whatever sounds good. (The Nutella, cream cheese and spreadable honey is my favorite.)