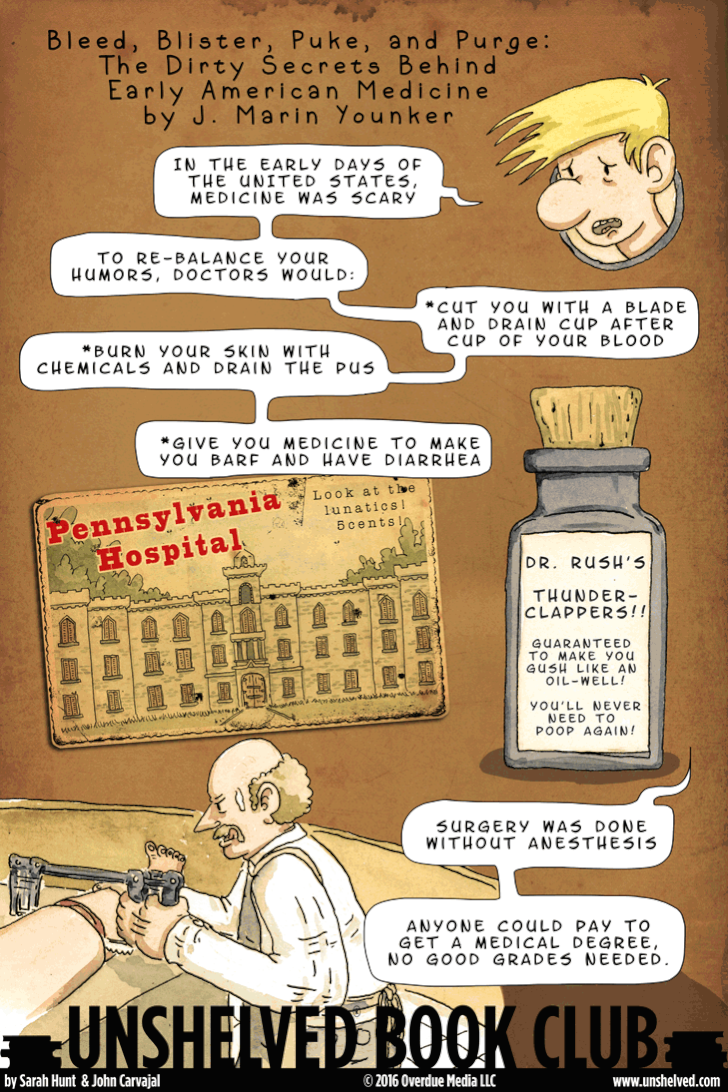 Lucien "Lucy" Minor is not wanted at home after his father's demise. He gets a job at the dark castle of Baron Von Aux, who he soon learns is completely mad. In fact, strange people abound in the castle and its village, although Lucy's love Klara is perfectly normal. Lucy's simple duties include mailing letters to the Baroness. One day, he writes his own letter to her, hoping that her return might make the situation better. It doesn't.

Why I picked it up: DeWitt's previous novel, The Sisters Brothers, was full of all the things that make a great western but with more heart.

Why I finished it: Lucy is not quite a hero. He is more like one of the foolish third sons in old fairy tales, the one who doesn't know what is going on but manages to catch the princess after all. All the other characters seem like literary archetypes when you first meet them, but they become much more rounded and human as the story progresses.

It’s perfect for: Abigail, who likes eccentric characters. She'd enjoy how Lucy is a compulsive liar throughout most of the book (until he forgets to tell a lie at a crucial moment). She'd also enjoy the story of Olderglough the butler and his once-best friend Tomas, who stole Olderglough's wife and was killed for it. Lucy discovers the truth of their friendship, but only after someone has tried to kill him, and that understanding gives him everything he needs to escape a trap.

Features comics adaptations of these Goosebumps classics: A Shocker on Shock Street (Tolagson), The Werewolf of Fever Swamp (Hernandez), Ghost Beach (Naifeh), and Night of the Living Dummy (Roman).

Why I picked it up: I loved the Goosebumps graphic novel adaptations Scholastic published years ago, plus I’m a big fan of Dave Roman (Astronaut Academy, Teen Boat!, Starbunny) and Ted Naifeh (Courtney Crumrin, Polly and the Pirates).

Why I finished it: I love how Scholastic Grahix gives each artist the freedom to work in his style and make the story his own. Tolagson clearly loves drawing monsters, so when two kids go on a tour of their favorite horror movie studio, it was easy for him to make me believe that the creatures were much scarier than those in some standard theme park ride. Naifeh’s ghost story is spookier because of the way he emphasizes and de-emphasizes characters’ facial features to get emotion out of their expressions. And Roman’s ventriloquist dummies are creepier and more threatening because of the upbeat feel of the rest of his art.

Readalikes: It’s hard to hit the sweet spot of scary but not-too-scary for younger kids like this. I think the master is Neil Gaiman, and The Graveyard Book, his story about a young boy who escapes his family’s murderer by moving into a nearby graveyard (where he’s raised by ghosts), is the one I reread (and listen to) again and again.

You should also check out the first book in the Goosebumps graphic novel series, published way back in 2006, which has a story from one my favorite cartoonists, Scott Morse.

Vinita “Mercy” Lynch is traveling (dirigible -> train -> riverboat -> train -> train) from Richmond, Virginia, to Seattle during the Civil War (now in its twentieth year). Her estranged father has been gravely injured and has requested to see her.

Why I picked it up: Gene gave me a copy (along with Boneshaker, to which this is a standalone sequel) for my birthday.

Why I finished it: So many mysteries. What is the secret mission of Horatio Korman, Texas Ranger? What is in the front and rear cars of the Dreadnought, the armored war train Horatio and Vinita board in St. Louis? And what are the origins of Yellow Sap, the highly addictive drug that has killed so many soldiers?

Readalikes: Leviathan, which is set during World War I. In both books it’s fun to see how early access to technology alters history. And in both, the giant mechanized walkers are super cool.

Link to this review by lynn tagged nonfiction

In 1995 A.W. Richard Sipe had been studying the philosophy and practice of celibacy in the Catholic church, and more importantly, the failure to practice it, for over thirty years. When the widespread sexual abuse of minors by Catholic clergy came to light, he published Sex, Priests, and Power, a synthesis of what he had learned through over 1,500 interviews with priests, their sexual partners (willing and not), and the people charged with both helping the sinners and hiding the evidence of their sins. Throughout the book Sipe, a former priest himself, builds a case that sex abuse in the Church cannot be blamed on a few bad apples (the church hierarchy's view) or on the corrupt bishops and cardinals who covered for them (the view of the general public). Instead he points to the complete failure of celibacy for priests and the increasingly desperate actions of the Church to prop it up.

Why I picked it up: In the Oscar-winning film Spotlight, reporters start a broader investigation of the Catholic sex abuse scandal because they read a statistic in one of Sipe's earlier books, that six percent of priests engage in sexual activity with minors. I was blown away by that movie, and the idea that someone was actually doing scientific research into such a lurid topic appealed to me. (The book cited in Spotlight,  A Secret World: Sexuality and the Search for Celibacy, sounded like a sterile collection of observations, so I went with this one instead.)

Why I finished it: Its narrative felt like a nested doll. Sipe starts off talking about the priests who sexually abuse minors, then brings in the fact that a majority of priests are breaking their vows of celibacy with both painful regularity and dizzying variety. He then provides evidence that it has always been thus and posits that the church is using celibacy, both as an ideal and as a fractured practice, to control people within its hierarchy and without. Sipe finally lays down an indictment of Christianity in general for not having a coherent theology of sex. The questions he raised about how we ought to treat each other, in church and intimate relationships, stayed with me long after I put the book down.

Readalikes: Sex God by Rob Bell. He focuses on a similar concern to Sipe's: the importance of Christians speaking honestly and openly about where sex fits into their religious practice. Sex God is prescriptive rather than academic, but both books draw the same conclusion: a church whose fundamental teachings revolve around loving one other and God cannot ignore the physical ways human beings express love. Both also contend that true celibacy is about redirecting sexual energy, not renouncing it.

Riley's dad is a congressman up for re-election. He has decided that, in order to convince voters of his support for schools, it is best for Riley to switch to a public high school. Riley is secretly relieved, as there had been some bullying that mom and dad didn't know about. But starting mid-year at a new school is a challenge for anyone. And trying to blend in is not easy when your gender identity shifts constantly. Riley's therapist recommends starting a secret blog, which is great until it blows up, and Riley’s secret is revealed just as his dad's campaign is heating up.

Why I picked it up: This was the first book I’ve seen from the point of view of a gender-fluid kid.

Why I finished it: Tom Phelan did a wonderful job as Riley. Garvin never reveals if Riley grew up as a boy or a girl, and Phelan is able to preserve that mystery. For people like me who grew up trained to try and identify a person's gender upon introduction, this was a really good exercise in reprogramming and acceptance.

It’s perfect for: Anyone looking for a brainy romance with unconventional characters who struggle against the expectations of their families and peers.