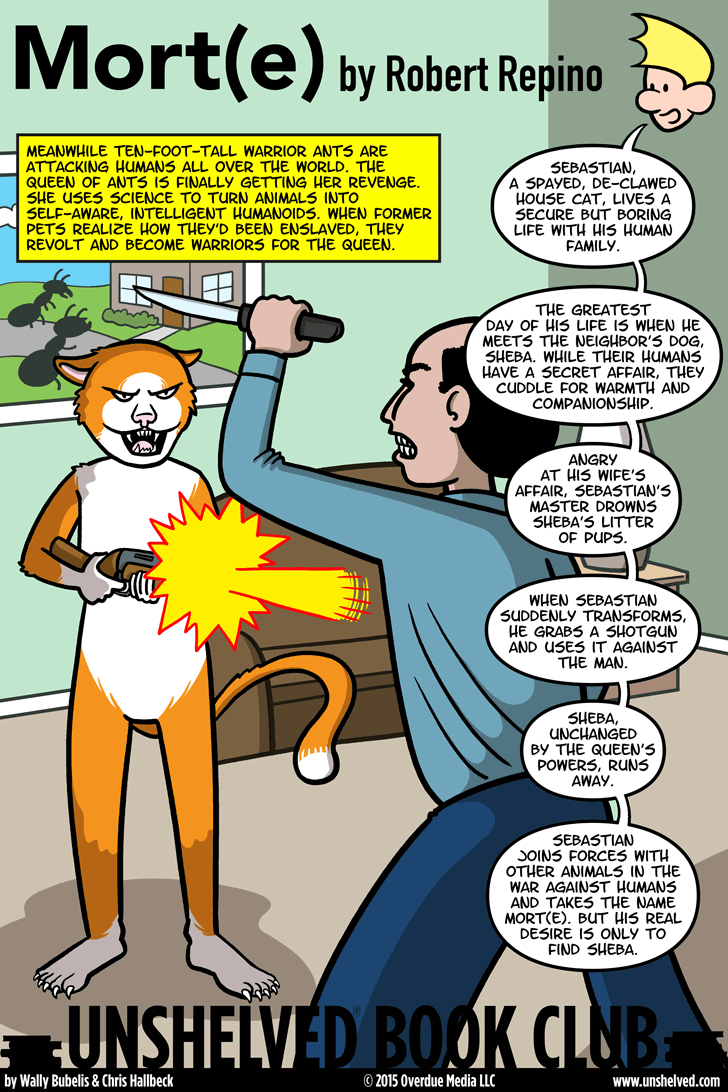 Link to this review by diane tagged coming of age

Jake is an aspiring singer/songwriter. Elena is a talented anime artist with a respectable following on a popular website. They are best friends, but Jake wants more. Their friendship is strained when Jake’s mom remarries, and Jake suddenly has a rich stepfather and an obnoxious stepbrother. While Jake is trying to adjust to a new, much wealthier life in a plush beach town, Elena falls for someone she meets online. Jake tries to convince her that her new boyfriend isn’t all he claims to be, but Elena just won’t listen.

Why I picked it up: Despite the steamy kiss on the cover, the subtitle A Wicked Games Novel implied that this was more than a typical teen romance.

Why I finished it: I liked the contrast between Jake and Elena. He is a quiet, sensitive musician; she is stubborn, expressive, and emotional. I knew they were destined to be together, so I was looking forward to seeing how the author would finally draw them back together. The suspense created by the secrets of Elena’s new boyfriend kept me frantically turning pages. Once they were uncovered and Jake and Elena end up together (no spoiler, it’s a teen romance after all!) I was left with a smile. I’m really looking forward to reading the other books in the series.

It’s perfect for: Savannah who devours teen romance, but doesn’t have the patience for those too melancholy or sappy. She’ll love the anime connection, and she’ll actually twist and turn as the secrets are revealed.

Teen activist and trailblazer Jazz Jennings—named one of “The 25 Most Influential Teens” of the year by Time—shares her very public transgender journey, as she inspires people to accept the differences in others while they embrace their own truths. Jazz Jennings is the new Author Ambassador for ReadProudListenProud.com, an online resource that celebrates diversity and acceptance, encourages understanding through storytelling, and sparks discussion in the classroom and at home. Visit the site to WATCH A BEHIND-THE-MIC VIDEO as Jazz records her memoir on audio and find collections of LGBTQ books and audiobooks.

Link to this review by billba tagged science fiction

Tom Winter slinks from Seattle back to his hometown of Belltower, WA, having lost his wife and his high-tech job. He’s not looking forward to his new career selling cars at his brother’s Ford dealership. He buys an old house that he thinks is nondescript in every way except that it is exceptionally clean and well-maintained. He’s wrong. The house is very special. It sits atop a tunnel leading to both the past and the future. And the previous owner is in the shed, recovering from a bad case of death.

Why I picked it up: I enjoyed The Chronoliths and figured another time-travel novel by the same author sounded like a safe bet.

Why I finished it: Wilson reminds me of Joe Haldeman, one of my all-time favorite sci-fi authors. If they were artists, their paintings would be simple and a little ambiguous, with a muted palette and a minimum of details. The focus is less on the time travel and more on how it affects the characters and their relationships. Tom and his 1962 girlfriend Joyce start off sweet and end up complicated. Tom's realtor Doug and neighbor Catherine are an unlikely couple, but they come together to save Tom. And future soldier Billy and his golden armor make a formidable killing team.

Readalikes: Some of my favorite excursions into the past: If I Never Get Back, Doomsday Book, and Replay.

A boy’s chance encounter with a scruffy dog leads to an unforgettable friendship in this deeply moving story about life, loss, and the meaning of family. Author Paul Griffin also narrates his Summer 2016 Kids’ Indie Next Pick, and said of the experience, “The audiobook was a gift…I learned so much about reading. You think you know what it sounds like when you read it aloud to your dogs, but reading it with an amazing director? He helped me find all these things I didn’t see.” Newbery Winning author Rebecca Stead is already a big fan, calling it a book that teaches us that “if we can open our hearts to one another…lives can change in big and wonderful ways.” Hear what she had to say in an exclusive Listening Library interview here.

Link to this review by geneambaum tagged fantasy

(Spoiler Alert: This is the third book in the series. I’m going to try not to say too much, but if you haven’t read the first or second, and you have the good sense to want to do so, stop now. You’re about to know too much.)

The Annurian Empire is under threat from the sadistic Urghul barbarians, led by a man whose magic is powered by fear and awe. But the commander of the Annurian armies may be the greater threat -- he’s secretly one of the ancient Csestriim, an emotionless being out to destroy humanity’s connection to its young gods. At the heart of the conflict are the three children of the murdered Annurian Emperor: Valyn, trained as an elite warrior, believed dead, blinded and alone in the wilderness; Adare, current Empress, who may have to betray her people to save her son; and Kaden, raised by monks and recently returned to Annur, who may have to ally himself with the ancient god of pain to save the world.

Why I picked it up: It’s the conclusion to Staveley’s amazing trilogy, which began in The Emperor’s Blades.

Why I finished it: There are villains in the book, but they have deep-seated, personal motivations that make sense. There’s no hand-rubbing, cackling cartoon villains in sight -- just coldly logical and utterly brutal foes out to bring down human civilization and end the Annurian Empire. Staveley keeps all the balls in the air right up to the book’s final moments, and he pulls off its spectacular conclusion flawlessly. I usually feel let down by the endings of fantasy series, but not this one.

Read by a cast of award-winning narrators, this collection contains some of the most timeless and enchanting folk and fairy tales collected by the Brothers Grimm and is sure to live happily ever after on any library shelf. This brand new production is already winning rave reviews: The New York Times calls out the amazing cast, “Each tale gets a different narrator, chosen from the starry firmament of the audiobook world.” While AudioFile says in an Earphones Award Winning review, “A mixture of short and long tales provides a nice blend of listening experiences with whimsical musical interludes. Many of your favorite narrators are here.” And don’t miss this Storify of AMAZING librarian reactions from last week’s Day of Dialog at BEA, where a Grimm’s Fairy Tales panel inspired some of the most enthusiastic tweets about audiobooks and storytelling that we have ever seen! Want more fairy tale fun? Watch the trailer here.

Link to this review by wally tagged classic • graphic novel

Pip's country life is disrupted when an escaped convict demands food and money, which he provides. A few years later, when Pip is invited to the house of jilted Miss Havisham to play with the beautiful Estella, he begins to think Havisham is his secret benefactor. He earns a bit of money playing with Estella, but she is cruel to him at Miss Havisham's instruction. After a few years of this, he is given more money to go off to London, where he begins to make the connections to help him make his fortune. But throughout he wonders how Miss Havisham could be his benefactor and yet want Estella to treat him so cruelly.

Why I picked it up: I read Great Expectations twice in high school and twice again in college, but my memories of it have dimmed. This graphic novel adaptation seemed like a perfect reintroduction.

Why I finished it: The manga style is perfect for this book. Pip's brother-in-law, Joe the blacksmith, is simple and kind and the art shows that exactly. In my mind, Miss Havisham didn’t look so wrinkled and mean, but after a bit it seemed just right. And of course Estella is manga-beautiful.

It’s perfect for: All my former classmates who were daunted by the thick, text-only editions we read back then. They'd like the speedy way this adaptation moves through its very convoluted plot.

Northern California, during the violent end of the 1960s. At the start of summer, a lonely and thoughtful teenager, Evie Boyd, sees a group of girls in the park, and is immediately caught by their freedom, their careless dress, their dangerous aura of abandon. Soon, Evie is in thrall to Suzanne, a mesmerizing older girl, and is drawn into the circle of a soon-to-be infamous cult and the man who is its charismatic leader. An indelible portrait of girls, the women they become, and that moment in life when everything can go horribly wrong—this stunning first novel by Emma Cline makes for a riveting summer listen, read by two-time Emmy Award winning actress, writer, director, and producer Cady McClain. LISTEN TO A FIRST CLIP NOW

Link to this review by dawnrutherford tagged cookbook

This cookbook focuses not only on easy recipes, but on making you a better cook by explaining why they work so well despite their lack of complexity.

Why I picked it up: I love to cook, but my long work commute has really been sapping my energy. I find it discouraging when I find a delicious sounding recipe, but it has so many unusual ingredients I have to go to multiple stores just to make it.

Why I finished it: I really love the layout. It has lots of beautiful and informative illustrations that both show what the finished product should look like, and how to manage any steps that might be at all tricky. Each recipe starts with a "why this recipe works” section explaining how that particular variation came about.

The first dish I tried totally sold me on this cookbook. I’m a long-time fan of leek and potato soup, but always found the leeks to be a little too subtle. The Test Kitchen folks totally agreed, so for their Rustic Potato-Leek Soup with Kielbasa, they recommend throwing in a ton more leeks and not blending them into oblivion. Plus adding delicious kielbasa (be still my 1/4 Polish heart) brought one of my favorite soups to a whole new level.

It’s perfect for: My boyfriend Barnaby, who has decided he is ready to expand beyond his bachelor engineer repertoire (pepperoni quesadillas, oven pancakes, and steak) and try his hand at new things. He will be relieved to see these recipes are not at all intimidating, and that you never have to turn a page mid-recipe. Plus, with such short lists of ingredients, he can take photos of them to bring to the grocery store. I can't wait to see what he makes me.