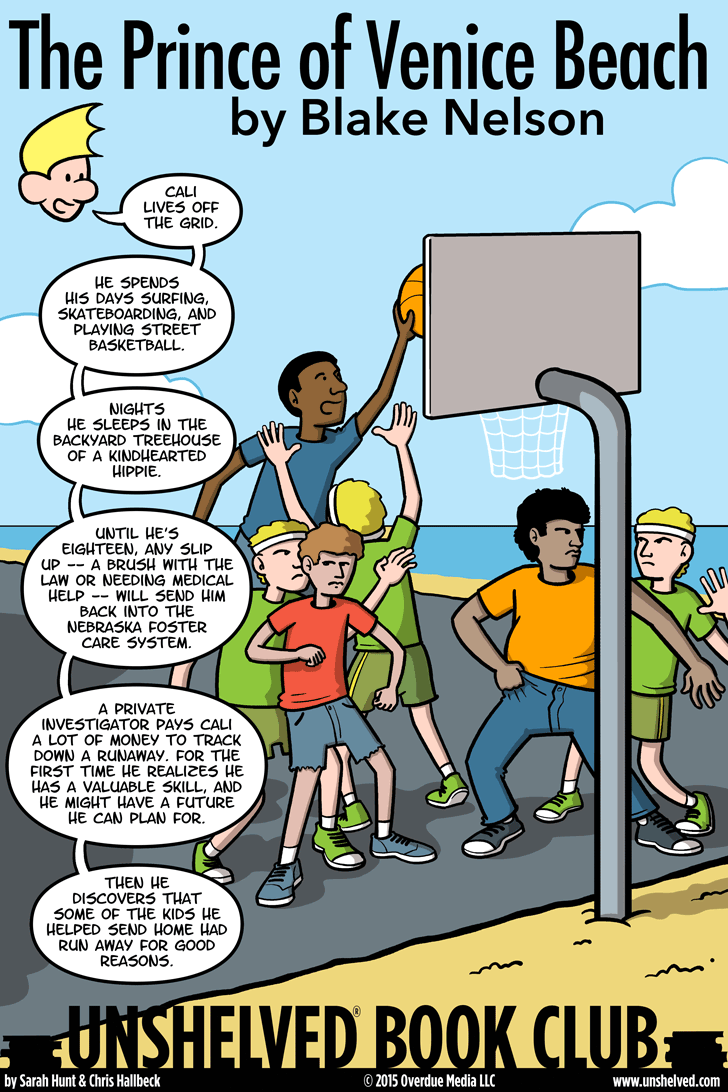 Link to this review by darcy tagged coming of age

Maggie and her gay best friend, Nash are outsiders. When a hot new boy named Tom starts attending their high school, Nash calls dibs, but the flirtatious Tom seems more interested in Maggie. Nash is hurt and heartbroken. When Tom's attention toward Maggie and a vicious rumor about their relationship threatens her friendship with Nash, Maggie must find a way to fix her reputation and smooth things over with her best friend.

Why I picked it up: I met Dinnison through a mutual friend. We had dinner together and the more she talked, the more I couldn't wait to read the book -- she’s witty and smart and I knew that her writing would reflect that.

Why I finished it: Not only did I love the main characters, I felt like they were the kids I would've hung out with in high school. Maggie is a record store employee with a love for Billie Holiday who bakes cookies just to give them away to whomever she comes across. Nash is dramatic but loyal. Both have problems: Maggie's relationship with her mother is difficult because she is always finding ways to bring up Maggie's waistline, and Nash often has to cancel plans to deal with his alcoholic mother.

It’s perfect for: My friend Chris. After his visit to Seattle and his visceral reaction to our gum wall I feel it is my duty to give him any book with a scene in Post Alley. I also think he would appreciate a Vietnamese noodle shop named PhePhiPho, and the way Maggie and her record store boss Quinn communicate through song titles.

May and her best friend Libby wrote and drew Princess X comics in middle school, back before Libby and her mom were killed when their car plunged off Seattle’s Fremont bridge.

Years later, May sees a Princess X sticker in a shop window. Is her friend still alive? She goes on the hunt to figure out what happened and why.

Why I picked it up: I immediately wanted a copy of the sticker on the cover of Princess X, showing an avenging princess in a pink dress and high-top Chuck Taylors wielding a ninja sword.

Why I finished it: Fast paced pursuit of clues seems to confirm May’s sense that her best friend didn’t die with her mother. Searching for the source of a sticker that appears in a shop window leads her to a hacker named Trick and a webcomic named I Am Princess X. (These comics are interspersed with the text throughout the book.) As May gets closer to the truth, she is pursued by the Needle Man, who may have been behind the accident. The action careens through Seattle’s seedy side to a satisfying finish.

It’s perfect for: Alicia who has been drawing princesses and reading up a storm since she was in first grade. Now in high school in Seattle’s Capitol Hill neighborhood, she has an art portfolio not unlike the one Libby and May were developing before things got complicated.

Malcolm X's third daughter tells her father’s story as a young man growing up in Depression-era Lansing, Michigan, Boston, and Harlem. Malcolm Little was a smart boy who learned the place of Negro people in society after his activist father was killed and his mother was institutionalized. Moving to an older cousin's place in Boston should have helped, but he found there was money to be made in hustles small and large. After failed relationships, addiction, and imprisonment he hit rock bottom and changed his life by joining the Nation of Islam.

Why I picked it up: I've always been interested in Malcolm X's life, and this seemed like a good fictionalization written by someone who knew him.

Why I finished it: Malcolm comes off as a troubled youth seeking direction and finding it only in people who don't have his best interests at heart. While he makes some friends and believes he has found love, his desire for the high life proves to be his downfall. (I recall seeing the movie with Denzel Washington as Malcolm X and Spike Lee as his best friend, Shorty, and this story fit well with that memory.)

It’s perfect for: Zithri, who wants to give his daughters a more complete look at African-American history, warts and all. They'd love the scenes where young Malcolm goes around his rural town with his brother stealing melons, eggs, and even chickens to feed their family. They'd also like the image of a future civil rights leader wearing a zoot suit.

Link to this review by sarahhunt tagged coming of age

Jacob's whole world is within the fence that protects his religious community, The Grace, from the sinful influences of the wicked outside world. At its center is the new Tree of Knowledge in their Garden of Eden that they pray to as they wait for the end of the world. The Grace live without most electronic devices, dress modestly, raise their own food, and never cut their hair or beards. When Jacob meets the daughter of a rancher while patrolling the fence, his culture shock is huge. It's the first time that the perfect life he lives starts to look hollow, but it’s not the last.

Why I picked it up: Pete Hautman writes both light guy reads and magnificent, serious novels like Godless and Invisible.

Why I finished it: Jacob's home in rural Montana is already filled with the overwhelming beauty and destruction of the natural world. He sees it as a reflection of the moral struggles in his own heart, especially the wolf that enters the garden in winter and begins to slaughter deer and sheep. I thought Jacob's community would publicly and dramatically self-destruct like other extreme religious movements that keep themselves apart from the rest of the world, but instead I breathlessly followed a young man questioning his world and faith.

It’s perfect for: Aarene Storm and Mary Jo Heller's always popular talk on Sex in the Library. Jacob was raised to see all sexual expression as sinful, so he doesn't see the difference between his own sexual thoughts and another boy's attempt to rape a young girl. He feels that he’s so deeply flawed as to be beyond hope. This is an extreme message, but one many teens hear from the adults in their lives.

Link to this review by emilyreads tagged coming of age

Meek suburban housewife Caroline Jacobs shocks the PTA when she boldly tells the alpha-mom president to “[expletive] off.” (The president’s snobby dismissal of a fellow mom reminded Caroline too much of another mean-girl moment when her high-school best friend, Emily, summarily dumped her in the cafeteria in front of everyone.) Emboldened, Caroline embarks on a road trip to finally confront Emily and exorcise lingering demons surrounding her kid sister Lucy’s untimely death. With her recalcitrant teenage daughter Polly in tow, Caroline returns to her hometown, but when she’s face-to-face with Emily, Caroline hesitates. Emily seems oblivious to Caroline’s hurt feelings and is troubled by cracks in her marriage. Furious at Caroline’s lack of gall, Polly stages a reenactment of Emily’s betrayal to force the issue. Caroline must finally come to terms with the events of the past and let go of the anger and guilt that’s haunted her for years.

Why I picked it up: Shelf Awareness gave it a starred review, and I do love stories of high school nostalgia and trauma.

Why I finished it: It’s a breezy read that has nuance and depth. I was impressed by the (male) author’s ability to write such a broad spectrum of interesting women (no pun intended).

It’s perfect for: I’m saving it for my daughter when she turns fifteen, in the hope that she’ll find two kinds of reassurance: first, that she is not alone, for high school drama was ever thus; and second, that growing up can offer redemption and release from the things that feel so monumental as a teenager.