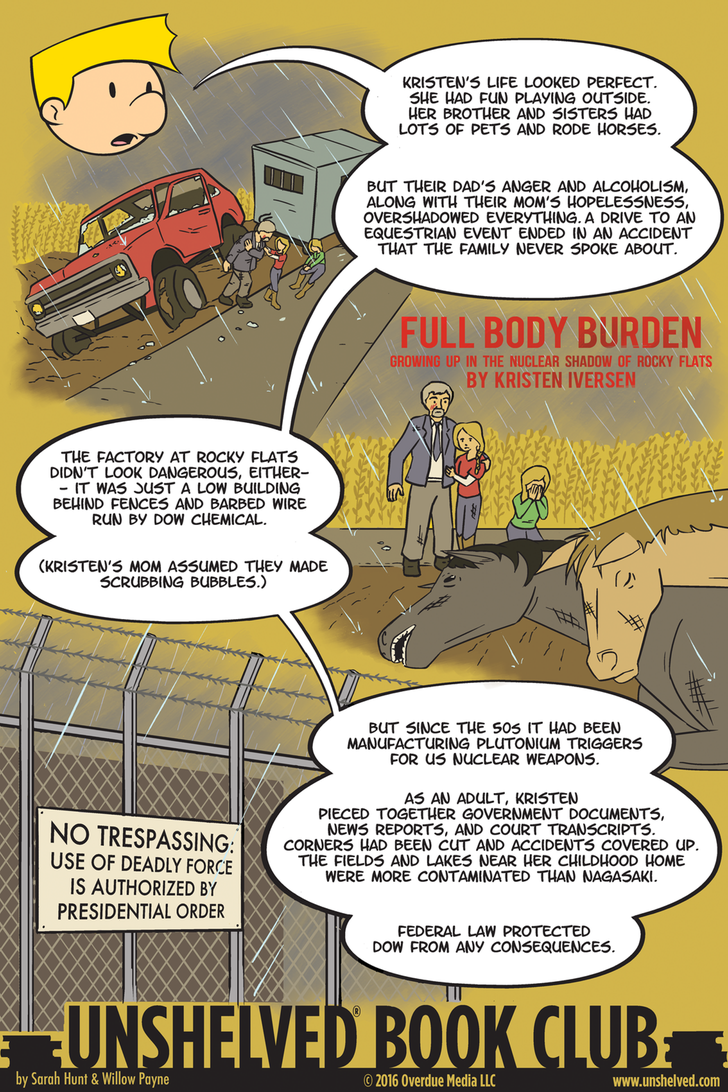 Salt to the Sea tells the history of a small group of bedraggled refugees fleeing the advancing Russian Red Army at the end of WWII. They are attempting to reach the relative safety of a port where Operation Hannibal will take them away from the Russians. The narrators are teens: a pregnant Polish girl; a mysterious, injured, young German man; a nurse; and a German soldier with an inflated sense of importance. Each has a backstory and a reason for their flight toward the port, whether it be complicity in Nazi art theft or an abusive family not supportive of a pregnancy. All the characters come together after a harrowing journey through the countryside, battling the weather and trying to avoid soldiers. They gain the safety of the largest ship, the Wilhelm Gustloff. They feel safe, but they are being followed by a Soviet submarine, and there are hundreds of German VIPs aboard as well as 5,000 children and many injured soldiers. What follows remains to this day the single greatest loss of life in a maritime incident, with 9,500 estimated deaths.

Why I picked it up: Sepetys wrote Between Shades of Gray, which won many awards and established her as a writer to watch.

Why I finished it: Sepetys weaves in quite a few learning opportunities. I found out about the Amber Room, just a small part of the staggering amount of artwork that the Nazis stole. The wreck of the Wilhelm Gustloff was new to me, too.

Sepetys made me feel so much for her characters that I was thrilled when they had a roof over their heads and had a chance to make a fire. But no one makes it to the end unharmed -- each is weighted down by what they’ve seen and had to do to survive.

It’s perfect for: Karya, who will love that Sepetys balances out this dark story with characters like the Shoe Man. He is a relentlessly positive grandpa who takes a six-year-old in and parents him as they make a run to safety. This emotional bond and others make the book readable.

Crossing the city park one day, Leonard finds a large egg. He takes it home and tends it, and in the morning it hatches a large lizard which he names Buster. Leonard takes Buster to all his favorite places in the city, but it's clear that Buster is not that happy. And he's growing, so Leonard's disguises are less convincing. At last, Leonard finds a way to make Buster happy by helping him return to his family in the park.

Why I picked it up: I liked the soft colors of the pencil drawings, especially on the cover, where we see Leonard beside the cracked egg and the little dinosaur hatching out.

Why I finished it: It's a great friendship story. Leonard does all he can to make Buster happy. They enjoy time at the New York Public Library with the stone lions, art at a museum, and even take in a ball game (Buster has his own very large baseball cap). And Leonard's solution to how to help Buster get to the park without anyone noticing a large tyrannosaur is ingenious.

It’s perfect for: Anthea, whose little boy Jason loves dinosaurs. He would love the idea of having one come home with him, and she would like how Leonard does everything in his power to make Buster happy.

Link to this review by emilyreads tagged mystery • nonfiction

Laura Tillman was a young reporter in Brownsville, TX, in 2008 when she was assigned to cover the possible demolition of an eyesore apartment building that had been the site of gruesome murders five years earlier. Three children, none older than four years old, had been brutally decapitated by their parents. Fascinated and horrified, Tillman dug deeper into the history of the neighborhood and the killers: John Allen Rubio, awaiting execution on death row, and his wife, Angela, imprisoned for life. The book is as much a commentary on Tillman’s own experience, trying to come to terms with the nature of evil and her responsibility as a reporter as it is an exposé of poverty, crime, and their unfathomable intersections in this case.

Why I picked it up: I try to be judicious in my galley grabbing at book conferences, but this one caught my eye and wouldn’t let go: a true-crime topic that didn’t seemed sensationalized, with a sensibly moderate page count (241 pages).

Why I finished it: For me the most challenging parts of the book were the excerpts Tillman included of the letters she received from Rubio. In his own words, full of misspellings, grammatical errors, and leaps of logic and sense, Rubio shows more than any outside narrator could just how limited, damaged, and divorced from reality he had become. Rubio never caught a break: he was neglected by his parents, mentally unwell, and trapped by drugs and prostitution. Yet he was also strangely guileless and optimistic, and he developed a strong savior complex that became his family’s undoing when he came to believe that his children were possessed by demons. This is not an easy read, and Tillman acknowledges the difficulty of humanizing a man who committed inhuman acts.

It’s perfect for: My friend Tom, a twenty-something rookie police officer in Texas. He’d appreciate the professionalism shown by the those Tillman interviews, from Rubio’s high-school swim coach, to the first officers on scene at the crime, to the guards at the maximum-security prison where Rubio awaits execution.

Woodring’s famous anthropomorphic character, Frank, wanders through his surreal world -- now in 3D, thanks to the work of Charles Barnard, who adapted Woodring’s drawings into this format. There are twenty-eight images in all, including two-page spreads on the front endpapers, the back endpapers, the front cover, and the back cover.

Why I picked it up: Last week I went to the Fantagraphics Bookstore in Seattle to see some of this art, which was on display in the gallery. It looked spectacular, and I couldn’t wait to see more.

Why I finished it: The production quality is amazing. This is the first true board book I’ve ever seen for adults. The thick pages don’t bend easily, which keeps the images on the same plane and makes for great 3D viewing. The page at the end with publication info and a note from Charles Barnard is extra-thick, so it can house the included cool 3D glasses. Woodring's inks are normally an adventure in themselves, but Barnard's transformation of the art into hundreds of layers brings their depth to life. My favorite is a simple image of Frank crying while a frog plays a banjo for him -- the tree behind the frog pops off the page because each leaf looks like it’s at a different depth. Simply amazing.

Readalikes: My mother has developed a taste for Mickey Mouse comics and toys that look like they’re from the Steamboat Willie era. The innocent Frank has some of that era’s quality, and I think the similarity may pull her into Woodring’s Unifactor world. (Plus she hardly ever reads, so the fact that these are wordless will be a bonus.) If she shows an interest, she’ll be getting Frank books for her birthdays for the next decade.

Link to this review by sarahhunt tagged erotica

Desmond is reeling from losing his hand and struggling with his new robotic prosthetic. (He’s not working, and he drinks a bottle or two of vodka a day.) During his first amputee support group meeting he locks eyes with a hot guy. One booze- and poppers-soaked night later, he might have a reason to get himself together.

Why I picked it up: The premise of a punk and a rude boy falling for each other in the industrial wasteland of a robotics-dominated alternate Buffalo, NY, seemed like exactly the kind of romance I needed to read.

Why I finished it: It was far darker than I had anticipated. Desmond skates the edge of being a user and utterly oblivious of other people's needs in a way that is not very sympathetic, pushing the usual conventions of the genre. He gradually starts to suspect the accident he can barely remember, and the deadbeat friends who dropped him afterwards, are adding to the emotional pit he has to escape.

It’s perfect for: Joan, who is always thoughtful and helpful to everyone in her life. She could use something hot and dirty with no thought about any consequences.