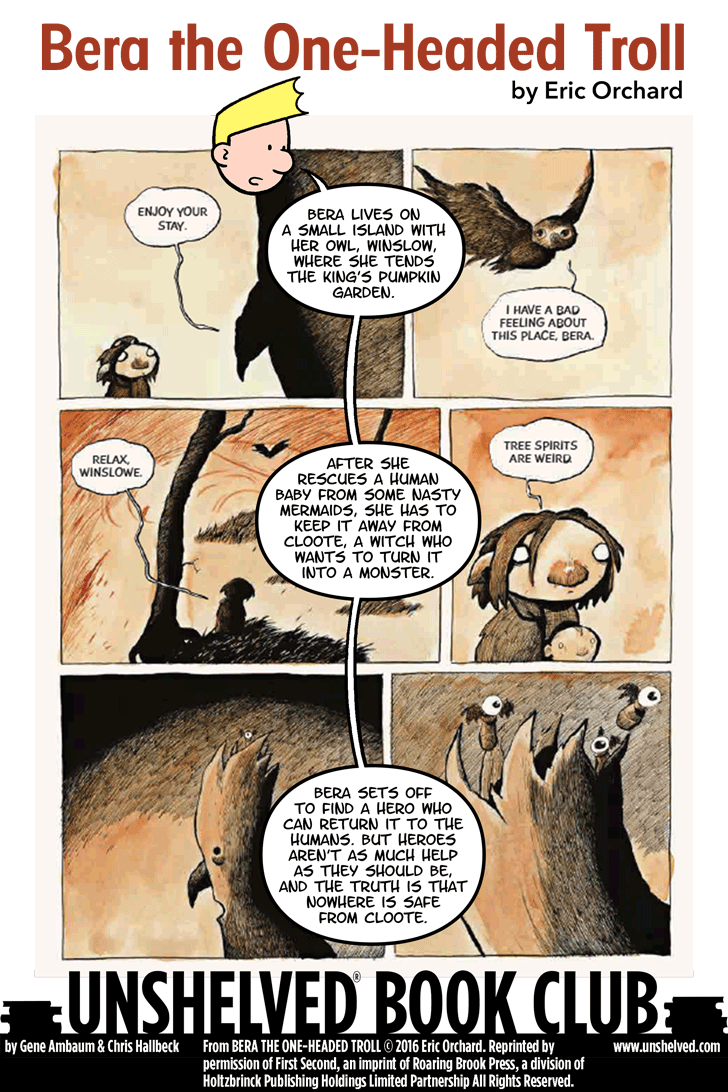 Link to this review by jordan tagged biography • literary

When writer and Bookslut founder Jessa Crispin finds herself increasingly dissatisfied with her tidy Chicago life -- to the point of considering suicide -- she packs her bags and moves to Berlin. Following the paths of her favorite writers, she spends years traveling Europe seeking clarity on everything from her string of failed relationships to the little-known histories of literature's greatest women.

Why I picked it up: I checked out a pile of books from this Huffington Post list on impulse; this was the shortest of the lot.

Why I finished it: "Mopey artist goes to Europe to find herself" is a well-worn cliche, but Crispin pulls it off with panache, alternating between historical accounts of famous and not-so-famous writers and her personal travels. Meanwhile, her dry, self-deprecating humor keeps the book from becoming too hokey or sweet even when she is at her most introspective.

It’s perfect for: Jess, who once lent me Mastering the Art of French Eating, which similarly blurs the lines between travelogue and history, and who will appreciate Crispin's feminist snark.

Need to use up some yarn? Want to create something cool? Make hip jewelry, art, and even furniture without needing any knitting or crochet skills.

Why I picked it up: I was looking for low-skill, low-frustration yarn-based maker projects for teens and tweens.

Why I finished it: Not only did I find some great future library maker programs, I found a lot of jewelry I would actually wear: yarn-wrapped chunky bead necklaces, an ombre tassel necklace, and a bold button cocktail ring. I liked that they used the beauty of yarn colors along with great texture contrasts. The paracord rug with its concentric circles in contrasting colors has me eying the perfect spot in my bathroom.

It’s perfect for: Anne, who watches Design on a Dime with me. There are tons of great and cheap ways to remake a chair or table that could really tie a room together.

Link to this review by emilyreads tagged history

In the post-Gorbachev era in Russia, power was bought and sold, mostly by a handful of businessmen known as the oligarchs, who had free rein to mold the new capitalism as they saw fit, to enrich both themselves and their inner circles. The chief actor here was Boris Berezovsky, a former mathematician who made a few shrewd economic decisions and aligned himself with Boris Yeltsin. Berezovsky and his protégé, Roman Abramovich, soon controlled unimaginable wealth and considerable power. But Berezovsky’s influence faded once Vladimir Putin, a heretofore unknown former KGB official, was tapped to succeed Yeltsin. Berezovsky thought Putin was insignificant and malleable. He was wrong.

Why I picked it up: I saw it at a booth at ALA last summer and thought, “Hey, the new Ben Mezrich! This should be cool.” Mezrich wrote Bringing Down the House and The Accidental Billionaires (which became the movie The Social Network).

Why I finished it: The sheer extravagance and flaunting of wealth by Berezovsky and his ilk was downright nauseating. Private jets and helicopters, dozens of personal security guards, a couple yachts, and a mansion in the South of France -- what was it all for? By the end, though, Berezovsky felt more pathetic than appalling, and I wondered how he’d meet his demise: was he still powerful enough to be a threat that must be contained?

Readalikes: Honestly, this reminded me of Goodfellas -- a bunch of otherwise unremarkable men, given a taste of money and power, who rapidly lose control and end up digging their own graves. While the spectre of Putin gives the story a sinister undertone, the rise of the oligarchs felt mostly like a pissing contest with no winners.

Link to this review by dawnrutherford tagged audiobook • nonfiction

Shortly after becoming ordained as a Jesuit priest, Father Gregory Boyle was sent to one of the roughest neighborhoods in Los Angeles to work with the poor. At the urging of his church ladies, he focused on those in greatest need: gang members wanting a second chance. They wanted opportunities to be employed in honest jobs, so he helped create Homeboy Industries. Since 1988 it has grown from a catering business to include a print shop, a cafe, and an employment center. It even has its own line of merchandise. Father Boyle and Homeboy Industries have given thousands of former gang members a chance to build their resumes and move on to steady, full-time careers.

Why I picked it up: One of the women in my Foodie Book Group suggested we read it. I was skeptical that it fit our guidelines, but she pointed out one of the businesses was a bakery, so I agreed that was enough for us. (I once got the group to read Life of Pi, because they wanted a pie potluck. We are pretty flexible on the food factor.)

Why I finished it: Father Boyle's message of big-hearted, open-minded compassion is truly impressive. He sees each person as a worthy individual deserving of love and opportunity. It’s inspiring. And he has a wonderful ability to help people find a way to do better. When parishioners were complaining about the smell of the homeless, undocumented workers who had been sleeping in their church, Father Boyle convinced them that it was the smell of the church's commitment to making a difference. But his work is filled with heartbreak. At the time he wrote the book, he had held burial ceremonies for over 175 men. Many of them had left gang life and were doing their best to move on, but couldn’t escape the violence of their neighborhoods. His stories often go from joy to sorrow so rapidly, I often found myself weeping. He perseveres, knowing his efforts make things better bit by bit.

It’s perfect for: My father, who recently retired and is considering ways to spend his time that will make a difference. He would love Father Boyle's message that to change the world you don't need policies, you just need to stand with the poor and suffering.

A young, gay high school student is enduring violence not only from school bullies and his cop uncle, but also at the hands of his boyfriend, Jared. April, a quiet college student, rents a room in his house. She comforts him, especially after Jared dumps him for another boy. He gets drunk and falls asleep watching TV in his basement. When he wakes up, everything looks different. April explains later: he’s a tree. It happens to most people at a certain age, and he’s seeing the world through new eyes.

Why I picked it up: I’m a fan of DeForge’s work, and I prefer his longer stories like Kid Mafia and Ant Colony to his shorter work.

Why I finished it: The transformation when the young man wakes up in the basement is startling. From a realistic, recognizable world, the story shifts into a world of gangly, bulb-headed creatures with exposed, flower-like lungs (or are those shirts?). Those who haven’t transformed, like his dad and Jared, are twigs. And the new perceptions are about more than just people: one of my favorite images is a song that gets stuck in the boy’s head, which appears as a multi-legged creature that sits on his shoulder, spitting in his ear.

DeForge’s stories run the gamut from recognizable to totally surreal, but this is the first I remember that combines both. It’s up there with Ant Colony as one of his best graphic novels.

Readalikes: DeForge uses a small, nine-panel grid of equal-sized panels on most of the pages, giving the book a deadpan sensibility that really works in contrast to the fantastic vision of the world through tree eyes. Norway’s Jason uses a deadpan style that’s equally effective. If you’ve never read one of his books, start with the short stories in Low Moon or one of his book-length graphic novels, Werewolves of Montpellier or The Last Musketeer.