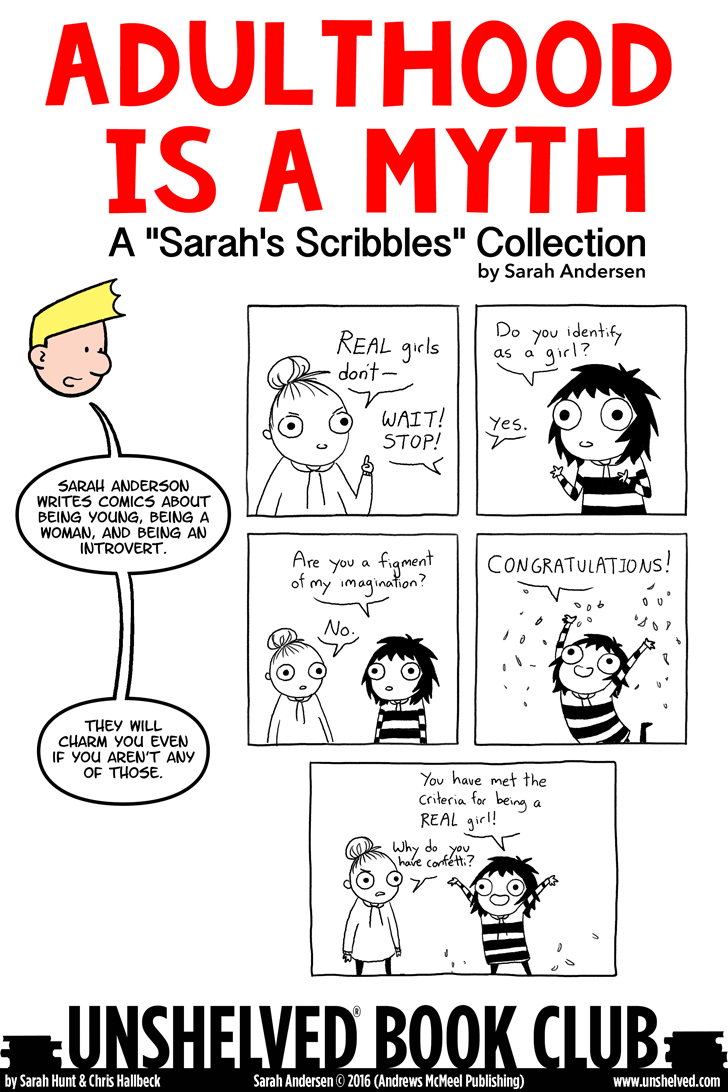 Link to this review by diane tagged science fiction

Ishmael signed on as crew of the fishing ship Pequod hoping to earn enough money to buy his family’s way off the dying Earth. When he awakens from deep stasis, he finds himself on a planet with blue skies and more water than he’s ever seen. His team, including Queequeg and two others, are assigned to a chase boat, one of many that assist in catching terrafin, a sea creature processed into food for laborers on Earth. But the Pequod’s real quest is to find the giant white terrafin that destroyed the Captain’s previous ship.

Why I picked it up: Todd Strasser is one of my favorite YA authors. His books span a wide variety of genres, and I’ve always found them captivating. When I realized he had taken on a sci-fi version of Moby Dick, I was totally hooked.

Why I finished it: Ishmael and his friends find themselves in one life-threatening circumstance after another, from storms and shipwrecks to pirates and man-eating sea creatures. When the novelty of reading a retelling of Melville’s classic wore off, it was still a cleverly written sci-fi adventure filled with sympathetic characters, fanciful island locales, and heart-stopping action on the high seas.

It’s perfect for: My son, Matt, who is a huge science fiction fan and loves classic literature. He will appreciate the comic relief Strasser injects into the most stressful situations -- even the pirates are funny.

Unfolding in animated, crystalline prose, an emotionally raw, devastatingly powerful memoir of one young woman’s extraordinary coming of age—a tale of gender and identity, freedom and addiction, rebellion and survival in the 1980s and 1990s, when punk, poverty, heroin, and art collided in the urban bohemia of New York’s Lower East Side

Born into the beautiful bedlam of downtown New York in the eighties, iO Tillett Wright came of age at the intersection of punk, poverty, heroin, and art. This was a world of self-invented characters, glamorous superstars, and strung-out sufferers, ground zero of drag and performance art. Still, no personality was more vibrant and formidable than iO’s mother’s. Rhonna, a showgirl and young widow, was a mercurial, erratic glamazon. She was iO’s fiercest defender and only authority in a world with few boundaries and even fewer indicators of normal life. At the center of Darling Days is the remarkable relationship between a fiery kid and a domineering ma—a bond defined by freedom and control, excess and sacrifice; by heartbreaking deprivation, agonizing rupture, and, ultimately, forgiveness.

Darling Days is also a provocative examination of culture and identity, of the instincts that shape us and the norms that deform us, and of the courage and resilience it takes to listen closely to your deepest self. When a group of boys refuse to let six-year-old, female-born iO play ball, iO instantly adopts a new persona, becoming a boy named Ricky—a choice iO’s parents support and celebrate. It is the start of a profound exploration of gender and identity through the tenderest years, and the beginning of a life invented and reinvented at every step. Alternating between the harrowing and the hilarious, Darling Days is the candid, tough, and stirring memoir of a young person in search of an authentic self as family and home life devolve into chaos.

A graphic novel memoir about shark-obsessed, six-year-old Evie Wyld. On a family farm in Australia, she finds a gruesome book about the shark attack on Rodney Fox. Back home in England, she makes up stories about sharks eating her schoolmates. When her brother gets beat up, she tells him shark stories. Water, including baths, scares her, and she imagines her sofa is a raft in shark-filled waters. After she watches Jaws, she sees them everywhere.

Why I picked it up: The cover is striking, with a little girl standing in the middle of an enormous shark’s mouth.

Why I finished it: When I was about eight, I remember being afraid to go into my aunt’s swimming pool after thinking a bit too much about sharks, and this brought it all back. (I think this was before I saw Jaws -- I was the victim of an overactive imagination, some National Geographic books on animals, and a dozen Jacques Cousteau specials.) And I love Sumner’s art -- it’s mostly stark black inks with a little stippling and a few thin lines here and there to give the images depth, and it’s an amazing display of his skill as an illustrator. All of the sharks are photoshopped images of real animals, which works because it lets us see how Evie views them -- they stand out from the rest of the world; they are its focal points.

Readalikes: If you know kids who are into sharks but too young for the anxiety-producing Shark Week, read them The Shark King by R. Kikuo Johnson, a colorful graphic novel about a young woman who falls in love with a shark.

Husbands and wives. Mothers and daughters. The past and the future.
Secrets bind them. And secrets can destroy them.

The author of Pretty Girls returns with an electrifying, emotionally complex thriller that plunges its fascinating protagonist into the darkest depths of a mystery that just might destroy him.

With the discovery of a murder at an abandoned construction site, Will Trent of the Georgia Bureau of Investigation is brought in on a case that becomes much more dangerous when the dead man is identified as an ex-cop.

Studying the body, Sara Linton—the GBI’s newest medical examiner and Will’s lover—realizes that the extensive blood loss didn't belong to the corpse. Sure enough, bloody footprints leading away from the scene indicate there is another victim—a woman—who has vanished . . . and who will die soon if she isn’t found.

Will is already compromised, because the site belongs to the city’s most popular citizen: a wealthy, powerful, and politically connected athlete protected by the world’s most expensive lawyers—a man who’s already gotten away with rape, despite Will’s exhaustive efforts to put him away.

But the worst is yet to come. Evidence soon links Will’s troubled past to the case . . . and the consequences will tear through his life with the force of a tornado, wreaking havoc for Will and everyone around him, including his colleagues, family, friends—and even the suspects he pursues.

Relentlessly suspenseful and furiously paced, peopled with conflicted, fallible characters who leap from the page, The Kept Woman is a seamless blend of twisty police procedural and ingenious psychological thriller -- a searing, unforgettable novel of love, loss, and redemption.

Quinn and Annabeth were going to be the next great Hollywood sibling team. Watch out Coen brothers and Wachowskis, Q&A Productions is on the rise! Or it would have been, if Annabeth hadn't died in a fiery car crash. For six months Quinn has been hiding out in his room, living on pizza and misery. He hasn't taken a call (he doesn't even know where his phone is) or gone out. He even skipped his sister's memorial.

His best friend can't take it any longer, and finally drags him out of the house and back into life.

Why I picked it up: Two of my top favorite audiobooks of the last few years were Tim Federle's Better Nate That Ever and Five, Six, Seven, Nate! Not only did he do an amazing job of writing a tween boy who hadn't quite admitted to himself that he was gay, he narrated Nate with all the wonder and vulnerability a thirteen-year-old Broadway wannabe needs. I got to meet Tim at the Odyssey Award ceremony and found him to be as genuine and likable as his books. (And as chair, I got to hand him his honor award! fan girl SQUEAL)

Why I finished it: At first I was a little worried I wouldn't hear Quinn as his own character, since it was clear Tim had put so much of himself into Nate. I thought this might be more of the same. But soon I found myself loving this sad, guilt-ridden, lonely gay teenage boy for himself. It was painful to see him suffering as he finally starts to cope with his sister being gone, and hard to see him stumble through the self-obsession which made me want to cheer him on to better times.

Readalikes: What is so hard to capture about The Great American Whatever is that, despite the serious topics it tackles, it is a funny book. Quinn is a constant source of snarky one-liners, random movie trivia, and odd screenplay ideas. This makes it a great match for Me and Earl and the Dying Girl by Jesse Andrews which is about teens obsessed with movie making who are dealing hilariously with mortality.

Instructions for how to make scarves, hats, pillow covers, stuffed toys, bracelets, and more using only one skein of yarn each, complete with photos and diagrams.

Why I picked it up: The projects all looked like things I would enjoy having around the house -- no ugly clothes or useless objects.

Why I finished it: When I made the market tote bag, it took a few tries to get the beginning right. The finished project was beautifully engineered and had gorgeous stitch patterns. It was worth paying extra attention to the process.

It’s perfect for: Anne, an experienced crocheter who has tons of single skeins of yarn left over from making things. She’ll love the challenge of the complex patterns, and the fact that the projects are helpfully arranged by the weight of the yarn needed.

Poor Yokoi. She just wants to pay attention to the teacher and take copious notes during class. How can she when she sits next to Seki? He’s always busy with remarkable creative pursuits. After he sets up his erasers like dominoes (as they finish falling, a firework ignites), she has to scold him. When he creates a tower with all the black chess pieces and uses it to literally crush the white ones, she feels duty bound to flick a fallen pawn back onto his desk to topple the tower. Seki is the trouble maker, so why is Yokoi the only one getting reprimanded by their teachers?

Why I picked it up: My family enjoyed the anime version on Crunchyroll, but my son Noah assured me the original manga was even better.

Why I finished it: Noah was right. Even though Seki never speaks, his wild imagination and range of emotions are clear. Like Yokoi, I find Seki’s ever more elaborate activities irresistible, and can’t wait to find out what new crazy thing he’ll do next. A boy who can create and operate a miniature postal system (30mm by 40mm envelopes only, please) complete with an original postmark, tiny delivery bags and mailboxes, all under the nose of an oblivious teacher, is my kind of kid.

It’s perfect for: My old schoolmate Tammy. Like Yokoi, she had to know what other kids (especially boys) were up to. I think she’d sympathize with Yokoi when she tells her friend Goto, “And it just keeps escalating, so I forget to stop him… And I end up charmed by it even though I should know better…”