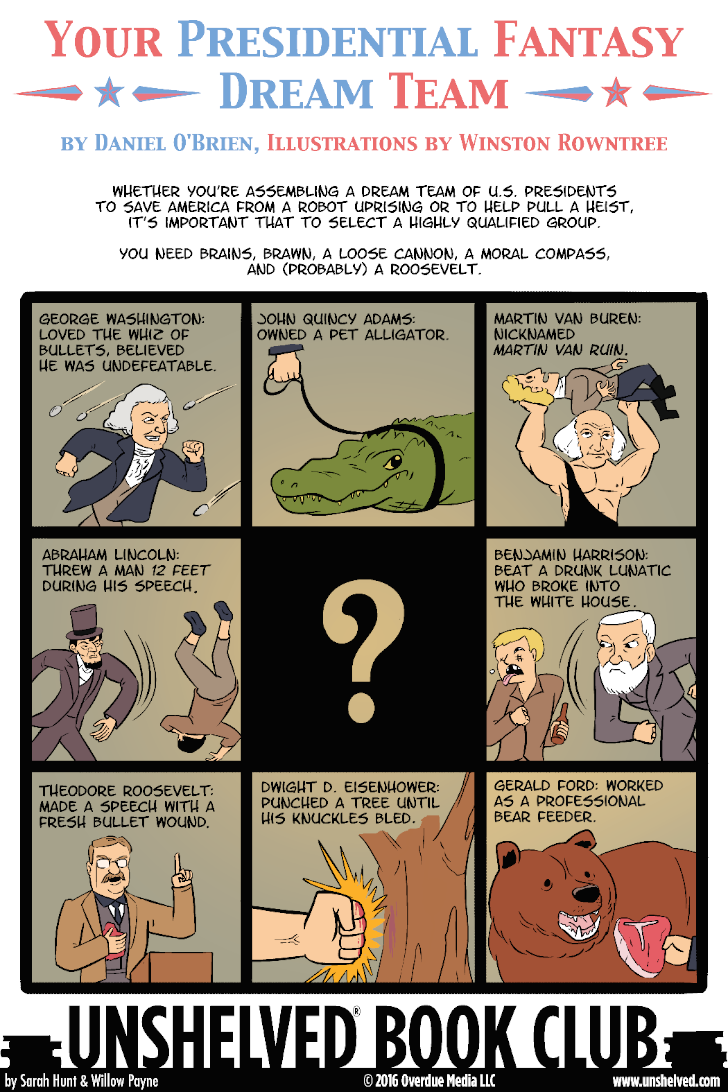 This week's Unshelved Book Club is full of history books (including historical fiction) about 1930s Munich, a man reborn at the beginning of his life every time he dies, four teenagers in Alaska in 1970, a real-life romance between Hungarian Jews saved from concentration camps and brought to Sweden, a young Vietnamese girl in a refugee camp near Malaysia, the Tupperware empire, a boot stitcher who turned his daughters into a Vaudeville tumbling act, and the first time a telegraph message led to the capture of a murderer.