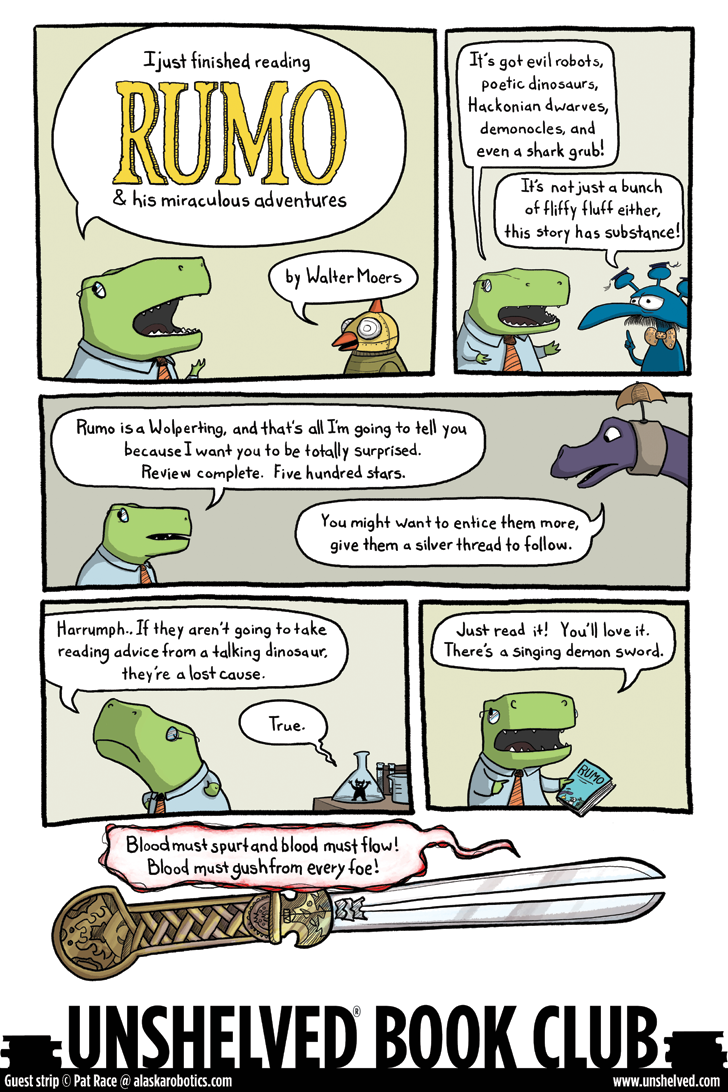 Today's dinosauric guest book talk of Rumo comes courtesy of our friend, the multitalented Pat Race. Here's what he has to say about himself (he modestly left out the bear attacks and car races):

I grew up in a water barrel in Juneau, Alaska. I spent a lot of time in the stacks because my mom was a librarian and I would get stuck there after school while she read picture books to strange children and answered reference questions. I taught myself computer programming from the back of 3-2-1 Contact Magazine and read a lot of mystery and adventure novels along with whatever comic books I could get my hands on. Comic books were scarce in those days, the library was not a place for word balloons.

Today I own a small media firm, curate a local film festival and sell comics and artwork through our Alaska Robotics Gallery. You can find my comics at Alaska Robotics and my short films are on our YouTube channel.

In high school I illustrated Protecting the Right to Read, a book by then ALA President, Ann Symons. I'll probably illustrate something again someday.

Elsewhere in this week's Unshelved Book Club you'll find books about a serial killer's son, three outcasts who find a dead body, haiku full of love, a family guide to New York, Batman's Gotham City in the late 1800s, the greatest yacht ever, the greatest mechanical watch ever, plus monstrous dinosaurs and mutated farm animals.