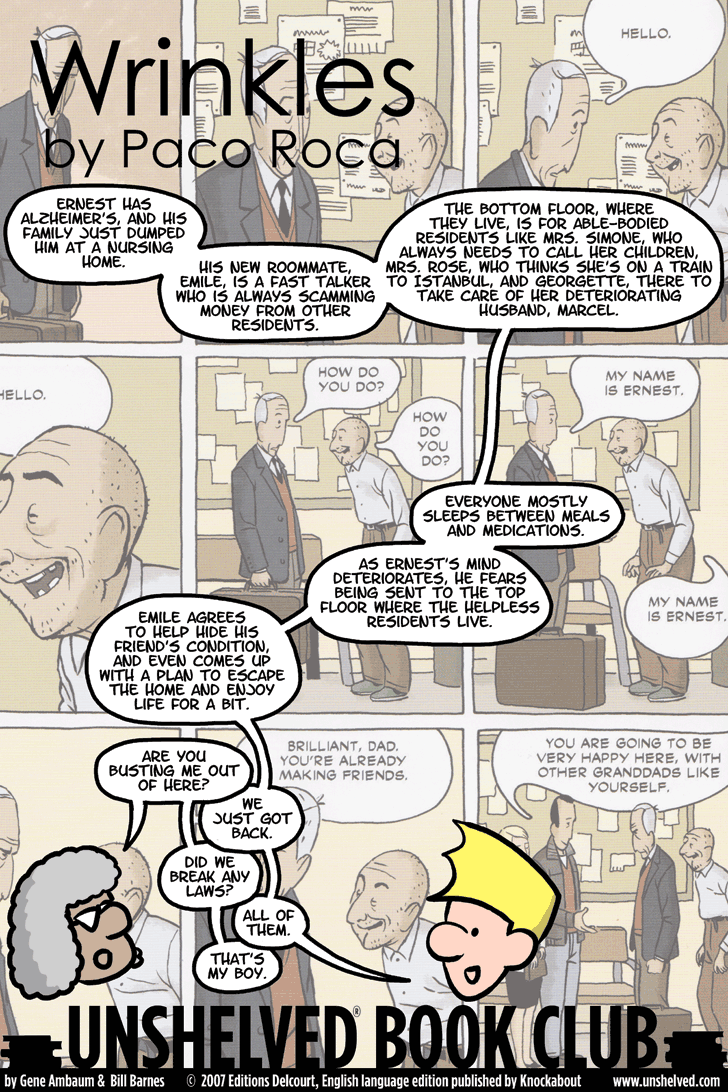 A drug, Tetra, has been discovered that enhances the body’s endocrine response, allowing teens with a hardy nervous system to run, jump, and accomplish feats of strength not normally possible. Tetra users, called “rushers," are a blur to everyone around them until nine minutes have elapsed and the drug's effects wear off. Criminals use a synthesized version to commit crimes and get away long before cops show up. In response, the police have established an experimental law enforcement unit of teens to use Tetra and catch the criminals at their own game.

Alana, a few months shy of eighteen, was motivated to join the unit after her little brother was crippled by someone committing a crime while on Tetra. She is unusually successful at running down rushers. But after she is accused of killing one of the perps, she is unceremoniously kicked off the force. With the help of her former handler, Tucker, she decides to infiltrate a gang on her own in order to find the source of street Tetra and stop all illegal rushers.

Why I picked it up: I read on the book jacket that it was "for fans of Scott Westerfeld.”

Why I finished it: The descriptions of the rush that Tetra users experience while on the drug are the high point of the book, and the chase scenes are exquisite. I had to stop reading, close my eyes, and imagine scenes I had just read to be able to comprehend what it would be like to be skipping on top of cars stuck in traffic using parkour moves, and vaulting over crowds of people moving at a much slower speed. Because the rush lasts exactly nine minutes, every moment needs to be used intelligently to get away after committing a crime.

There is also plenty of conventional drama. Will Alana's cover be blown? Will she change her mind about the criminal she meets undercover, when she gets to know them better? Will Alana be able to live without the drug after she turns eighteen?

It’s perfect for: Joey, one of those students who cannot sit still. He is always vibrating, much like a user of Tetra. He loves to read, but books have to be fast-paced to keep his interest. This one has a chase scene every few pages, and Joey will love every accelerated, amped-up moment.

"Quartey presents a good-hearted policeman in a noir world of exploitation and corruption." –Kirkus

Darko Dawson has just been promoted to Chief Inspector in the Ghana Police Service—the promotion even comes with a (rather modest) salary bump. But he doesn’t have long to celebrate because his new boss is transferring him from Accra, Ghana’s capital, out to remote Obuasi in the Ashanti region, an area now notorious for the illegal exploitation of its gold mines.

When Dawson arrives at the Obuasi headquarters, he finds it in complete disarray. The office is a mess of uncatalogued evidence and cold case files, morale is low, and discipline among officers is lax. On only his second day on the job, the body of a Chinese mine owner is unearthed in his own gold quarry. As Dawson investigates the case, he quickly learns how dangerous it is to pursue justice in this kingdom of illegal gold mines, where the worst offenders have so much money they have no fear of the law.

Link to this review by emilyreads tagged biography • history

National Book Award winner and noted biographer Ron Chernow resuscitates the reputation of Alexander Hamilton, the “polymath, pain in the ass” who served as George Washington’s aide-de-camp, created the nation’s financial system, founded the U.S. Coast Guard and The New York Post, and -- oh, yes -- was killed in a duel by Vice President Aaron Burr.

Why I picked it up: I’m one of Those Hamilton People who became obsessed with A. Ham after Lin-Manuel Miranda’s sure-to-be-Tony-winning musical showed me just how dope this Creole bastard really was.

Why I finished it: Despite its heft (731 pages, or 818 including all the back matter!), this is a remarkably breezy read. Chernow is a master storyteller, culling from countless primary sources and helping modern readers like me understand the man who really did “write like [he was] running out of time”. Chernow emulates his subject’s attention to detail, noting the specifics Hamilton insisted upon for his soldiers’ uniforms (“blue coats with brass buttons and buff collars and white shoulder belts strapped diagonally across their chest”) and offering anecdotes that illuminate Hamilton’s essential kindness (“Anxious about his guest [Chancellor James Kent], Hamilton tiptoed into his room with an extra blanket and draped it over him delicately. ‘Sleep warm, little judge, and get well,’ Hamilton told him.”). Also, I want to be Elizabeth Schuyler Hamilton when I grow up.

Readalikes: For those interested in unvarnished, compelling takes on other presidents, try David McCullough’s John Adams (he’s now tied at number two on my favorite Founding Father list) or Chernow’s own Washington: A Life.

Naughty Mabel
Naughty Mabel is an outrageously over the top story of how bad a dog can be and still be loved. Lane and Elliott's fictionalized French Bulldog, Mabel, is a mix of fashionista and deadly farts. Rife with exaggerated misbehavior -- she ruins a fancy party because she doesn't want to go to bed early -- it is packed full of the sort of naughtiness children love.

The Best Days are Dog Days
The Best Days are Dog Days captures the less ridiculous side of French Bulldog ownership, focusing on the sheer joy of having a lovable canine companion of this ilk in your life. The cuddles, the stretching and the snores are all so adorable. And by doing side by side comparisons between family members and the life of the dog, it illustrates how people come to think of them as "furbabies".

Why I picked them up: Naughty Mabel appealed to me because I adore the actor Nathan Lane. In a delightful public radio interview, Lane explained that he and his husband Devlin Elliott were inspired to write it by their very own Mabel. And The Best Days are Dog Days had me right from my first glance at the cover, which features a small child bending over to be eye-to-eye with her dog, exhibiting a heartfelt connection.

Why I finished them: The Village Voice recently published a cover story by professional dog walker and writer Michael Brandow titled “Why French Bulldogs (and Their Owners) Are the Worst: A Rant” in which he castigates anyone who would even consider owning one of these over-bred dogs. He claims that the breed’s myriad health problems make it cruel to even bring them into existence. I once vowed I’d never purchase a purebred for these very reasons, but found myself with a Frenchie compaion anyway, so I get it, but I wouldn’t give up Liza Lou for the world. These two very different picture books aptly illustrate why people like me can't stop loving these ridiculous animals.

They’re perfect for: My boyfriend's nephew, Elliot, who dearly longs for a dog of his own but is trapped in a house full of cats.

Sam hasn’t drawn a comic in years, and he doesn’t enjoy anything. His latest Lady Night script for a large comic company is overdue, and he’s lost all confidence in his writing and drawing. He wants to get back to writing in his own voice, to creating autobiographical comics that feel real and personal. At a literary conference, he’s interviewed by Alice, a webcomic creator. After he describes a story he’s working on about escaping into a private, imaginary utopia, she shows him a pulp science-fiction comic she bought at a local bookstore. He buys a copy of the comic for himself, and soon finds himself transported into its world of red-skinned Martians and green-skinned, sex-starved Venusian women who hail him as their Cartoonist God King.

Why I picked it up: Horrocks’ first graphic novel, Hicksville, about a small town in New Zealand where the local library has everything any comic collector would ever want, was awesome.

Why I finished it: I admired Sam’s ability to resist the affections of the Cartoonist God King’s Venusian wives on Mars. And I really enjoyed the fact that Miki (who looks like a refugee from a manga, complete with rocket boots and a sailor outfit) and the aforementioned Alice also visit the fictional worlds in the comics that were drawn with the same magic pen. They give Sam the opportunity to have real conversations about the two-dimensional male power fantasies on display in many comics, and even to flip them around. One of my favorite moments is when Sam enters a comic set on Venus expecting to find docile, frightened women, but instead they’re angry and take him prisoner.

Link to this review by robert tagged classic • poetry

John Agard's poems update twenty-nine fairy tales and nursery rhymes for kids of all ages who know what Puss-in-Trainers means when he says he's “sadly altered” (i.e. neutered). Goldilocks breaking and entering at the Bears' residence is caught on security camera. Pumpkin Biker Cinderella wants to attend the ball in her riding leathers. And towards the end of “Not My Uncle Bluebeard” (a version of “Bluebeard”), a girl discovers her beloved relative is a serial killer who has stashed a stack of corpses behind a door she's not supposed to open.

Why I picked it up: I was looking for a new translation of Grimm's fairy tales at the library.

Why I finished it: The fact that each poem focuses on a single aspect of a fairy tale caught my attention. For example, instead of trying to condense the entire Cinderella story, she just wants a motorcycle instead of a carriage. In “A Mother's Advice on the Subject of Putting Big Feet into Little Slippers,” Cinderella's evil stepmother asks her birth daughters to “sacrifice a toe.” (I just know stepmother would disclaim any responsibility when her daughters' mutilated feet don't “pass the slipper's test.”)

The black and white illustrations are great companions to the poems. An example is the parody of Edvard Munch's The Scream alongside “The Bad Hairday Fairy.” It shows the internal expression that someone with cursed hair might have every day when first glancing into a mirror.

Readalikes: The font and formatting changes for each poem, so if you want insight into why a swirl-filled, handwritten-looking font would be suitable for one, and a dark and thick font for another, you might find Go: A Kidd's Guide to Graphic Design a rewarding introduction to these choices. If you'd like more illustrated classic stories, Fairy Tale Comics: Classic Tales Told by Extraordinary Cartoonists, edited by Chris Duffy, is full of freshly drawn versions of seventeen classic folk and fairy tales.

Link to this review by sarahhunt tagged audiobook • history • mystery

In the 1920s, at the dawn of the movie industry, a director is found dead in his Hollywood home. The murder is linked to drug addiction, homosexuality, love triangles, blackmail, abandoned families, abortion, romantic obsession, studio coverups and obstruction of justice. The scandal threatens to lead to government censorship of films and to topple movie empires.

Why I picked it up: It won the Edgar Award for Best Fact Crime Book and was on a lot of best of the year lists.

Why I finished it: I was totally absorbed by each character's backstory, told with enough detail that I almost forgot they were leading up to a murder. Each is woven in seamlessly, making later discoveries in the case feel more significant and emotionally powerful.

Readalikes: Murder and dark secrets lurk behind the glamorous facade of Los Angeles in the classic noir mystery The Long Goodbye and the more recent The Black Dahlia.