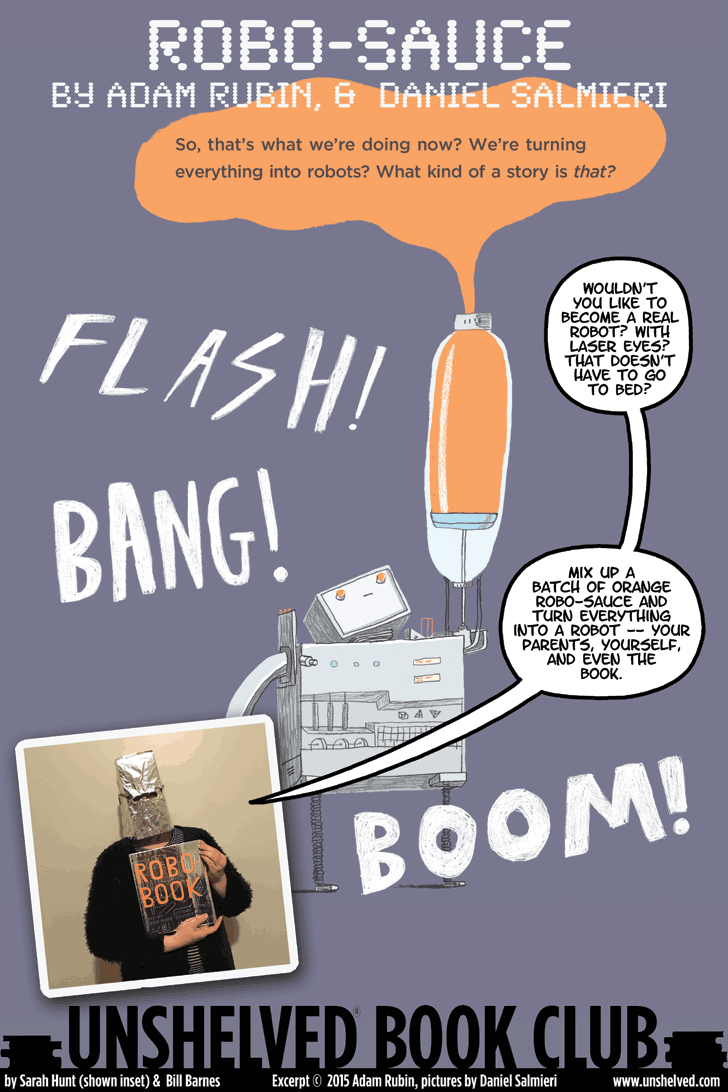 A three-mile long spaceship of unknown origin crash lands in Minnesota. For five days nothing happens, and nothing emerges as the world speculates about the aliens. NASA scrambles to send scientists there, including Alice’s father. (This is how Alice, a senior in high school, unexpectedly starts attending a boarding school in the Midwest.) When the aliens finally emerge, they look like pale humans. They announce that they would like to be called Guides, and they have knowledge to share with the whole human race. The leader's name is Mai, and as a sign of respect to him, his children, Suski and Coya are enrolled at Alice's school.

Meanwhile, NASA scientists investigate the ship and find things inconsistent with the aliens’ story. Most curious is a room containg 1,000 aliens who have apparently committed suicide. As Alice gets to know her new roommate, Coya, there is the expected clash of cultures, and a few signs here and there that the aliens are holding something back.

Why I picked it up: Robison Wells wrote the Variant series, which has been popular at my school.

Why I finished it: This book is a page-turner, and I think it will engage reluctant readers very well. From the moment the aliens arrive, there is a sense of doom hanging over the Minnesota countryside. It was easy to imagine the decontamination stations, the military checkpoints, and the excitement of investigating an alien ship for the first time. The local citizens' reactions are explored, too. As the mystery of the dead aliens and their strange ship grows, the hair on the back of my neck stood straight up.

It’s perfect for: Robert, who just asked me the other day if I had ever seen Independence Day, an exciting movie about a less-than-peaceful first contact with aliens. He was a fan, and is excited for the sequel coming this summer.

Link to this review by dawnrutherford tagged audiobook

After discovering her mild-mannered college professor boyfriend is actually the heir of a Singapore fortune, Rachel Chu escaped her conniving future mother-in-law's presence and returned to the States. Now she and fiancé Nicholas plan to have a small, intimate California wedding, far from his mother's disapproval. But when it is revealed that Rachel's long lost father is a rich and powerful politician in China, the two of them are once again caught up in a whirlwind of unwanted drama.

Why I picked it up: I thoroughly enjoyed the first book in this series, Crazy Rich Asians, and was dying to find out what happened to the characters in this modern day soap opera. This is probably the closest I will ever get to seeing how the richest 1% of the 1% live.

Why I finished it: While I can never imagine this life for myself, the fantasy of being able to travel the world at the drop of a hat and visit the most exotic luxury destinations is like popcorn I just can't stop devouring.

Look does a marvelous job with the reading of this audiobook. Not only does she give readers proper pronunciations of Chinese, Malay, and other languages, she lets us 99% readers know how to pronounce all those fancy brand names of things we will never be able to afford. Plus she does an expert job of handling the footnotes (which does not always go smoothly in audiobooks), making them all sound like a friend whispering snarky and informative asides to you at a party.

It’s perfect for: My friend Tona, the only person I know who could become instantly accustomed to this lifestyle if she discovered herself suddenly a part of it. She would love the descriptions of opulent homes, cutting edge fashion, gigantic jewels, and endless real estate deals being made.

Link to this review by wally tagged historical fiction • humor

Ernest, a young primate living sometime in the Pleistocene, tells the incredible tale of how his father captured fire from a volcano and brought it back to the family cave. Uncle Vanya, a more traditional ape-man, does not approve, although it is indeed safer these days. Father's attempt to breed fire forces the family out of the family’s territories, which makes him more determined than ever to evolve.

Why I picked it up: Terry Pratchett cited this book (first published in 1960) as one of his major influences, calling it an education in how to write humor.

Why I finished it: While the understanding of human evolution has changed radically in the last five decades, our understanding of human nature has not. The characters here are delightful. Uncle Vanya grumbles about Father's unnatural ideas of progress, then asks for a shank of elephant meat. Ernest's brother Alexander likes to draw animals on rocks, but they keep washing away in the rain -- until someone suggests he go draw in a cave. Another brother, William (often called Wilbur, for some reason), tries to raise a puppy to be a hunting companion, but the hungry animal bites his brother Oswald's hand, and that is the end of the experiment. (At least they don't eat the puppy.)

It’s perfect for: Linda, who would enjoy the humor laced throughout, from the primates’ mid-century English names (Nellie, Agnes, Edward) to how Father prohibits his sons from simply mating with their sisters and leads them far away where they can hunt and catch their mates. That is how Ernest sneaks up on his choice, Griselda, who leads him on a merry chase eleven days long before letting him catch her. (Minor Spoiler: Turns out the young women knew the boys were there all along, and Father had set up the whole thing.)

Link to this review by sarahhunt tagged humor

The hackers at WikiLoox breached Hillary Clinton's secret non-government email account and released selected emails from her time as Secretary of State, from 2009-2013. Peek behind the scenes of power to read the suggestions from her surprisingly avant-garde pantsuit designer, Lance of Cleveland, discussions with power players on both sides of the aisle in the top-secret Hand-Painted Figurine Club, and notes to herself debating the pros and cons of shaving her head so the press will stop commenting on her hairstyle.

Why I picked it up: John Moe is hilarious on public radio, makes great jokes and thoughtful points on Twitter, and writes awesome short pieces for McSweeney's. If anyone could take a topical tie-in book to the next level, it's Moe.

Why I finished it: Each email was funny on its own, but I loved the little threads that built through the book like Clinton's growing obsession with meeting Prince, and her discussion of weekend getaways and possible world domination with The Fun Four: her, Oprah, Gwyneth Paltrow and Beyoncé.

It’s perfect for: Video game fan Scott for the part where Huma Abedin encourages Clinton to play Call of Duty: Black Ops to unwind. Who knew it could lead to the thawing of relations with Cuba?

Famed producer Nathan T. Rex’s latest film, Cosmos, may be the biggest flop of all time. The Hollywood press vultures are circling, and now Nathan is just another expendable hack. His one chance at redemption is to make his current movie, Presidents Day, a gory, old-school horror film. Nathan needs a murder consultant to ensure the film will make audiences lose their minds. So he hires a notorious serial killer, and tries to hold things together when the on-screen deaths get too real.

Why I picked it up: The demented face on the cover reminded me of my ninth-grade English teacher, Dave Lewis. And I loved Spears’s Teenagers from Mars and Black Metal.

Why I finished it: The violence is as gratuitously raw as that in Geoff Darrow’s Shaolin Cowboy comics. When I saw the blood spatter from Abe Lincoln splitting Nathan T. Rex’s face open with an ax, not to mention the flying, split eyeballs, I knew this was going to be a wild ride. (That’s not a spoiler; it happens during a vision in Idea Space after Rex goes too deep.) There was plenty of crude humor to pull me along, too, from the news story about Rex accidentally showing a testicle as he got out of his limo, to the way he talks his lead actress into filming her topless scene. It’s over-the-top insanity.

It’s perfect for: My friend Dean, a fan of bubble butts, who would identify with the way Rex falls in “love” at first sight with a woman whose behind exerts a gravitational pull on him.

Seventeen-year-old PFC Danny Wright enlisted in the Idaho National Guard so he could serve his country like his dad. After basic training, he returned to his small town high school to spend one more year hanging out with friends and playing football. When he’s called up to help control a rowdy crowd of protesters in Boise, he inadvertently starts a revolution that ends in Idaho’s secession from the US.

Why I picked it up: A colleague recommended it as a book that would appeal to teen boys.

Why I finished it: The non-stop action, the believable characters, and exaggerated (but strangely plausible) actions of government officials and the media kept me going. Filled with political commentary that rings true in today’s world, this is the story of ordinary teens caught up in something that spirals out of their control. And I loved how Danny’s friends and teammates rallied around him, no matter how scary things got.

Andrew Aiden narrates the book and his voice, along with additional voices (including the author) reading news reports, tweets, and even singing country-western music, adds to the impact of the audio. Filled with car chases, guns, booze, football and even a little romance, this audiobook was hard to turn off.

It’s perfect for: My neighbor, Alex, who is a runner. He loves to listen to books when he runs, and this one will be perfect for setting the appropriate (fast) pace for his workout.