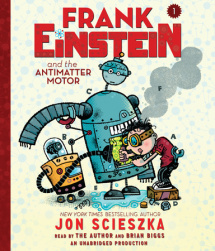 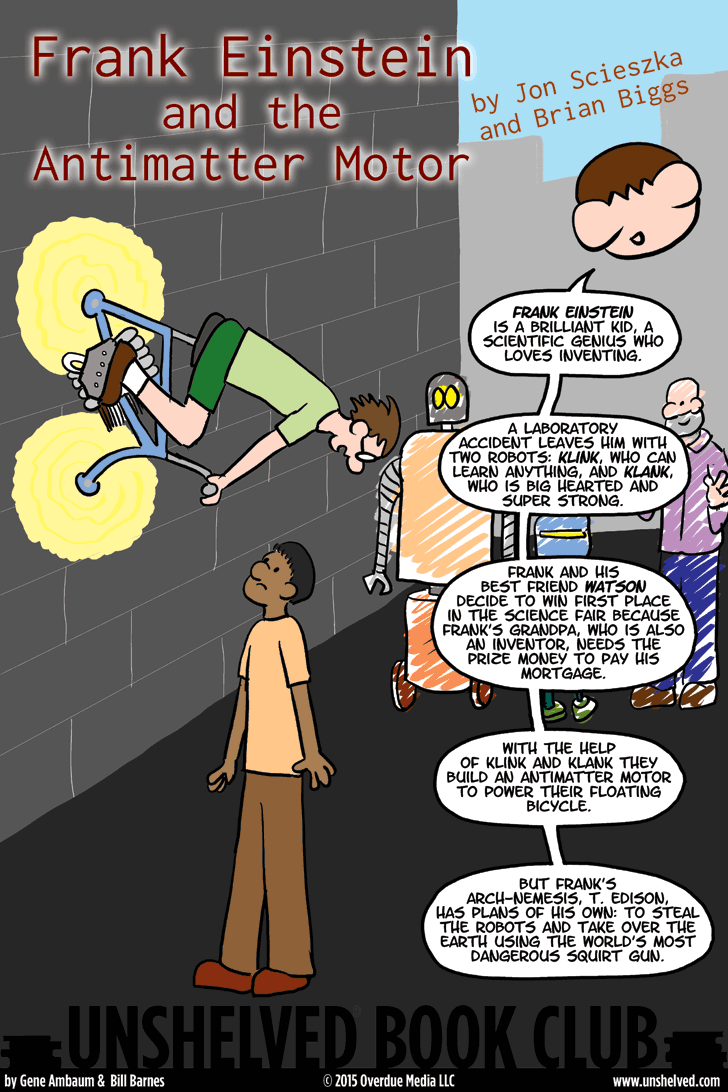 A little girl wants a pet. Her mother says no to a bird, a bunny, and a trained seal. After a month of asking, her mother finally agrees to get her a pet, but only if it doesn't have to be walked or bathed or fed. She chooses a sloth. When her friend comes over to investigate, she isn't very impressed. The little girl throws a Trained Sloth Extravaganza to show everyone just how good of a pet he really is.

Why I picked it up: Ever since I reviewed A Little Book of Sloth I've been drawn to these slow and furry creatures. The cover of Sparky! shows a sloth draped over a tree branch. I just couldn't resist.

Why I finished it: The subtle humor. The little girl tries a variety of energetic activities with her sloth, such as playing ninja and getting him to perform tricks. I laughed out loud when she gave him a cookie then took it away because he was eating it too slowly.

It's perfect for: My daughter, Hannah, because her local librarian already knows she’s a researcher. In the book, the girl goes to her school librarian, Ms. Kinklebaum, for help researching a pet. Hannah is just the kind of kid who would pick a pet out of an animal encyclopedia, but only after reading the whole thing. 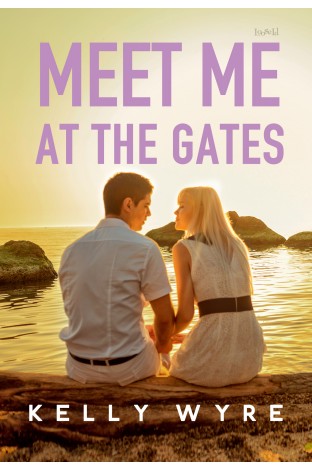 Outer Banks bookstore owner Hyacinth Silver Fox has a secret millennia in the making: her soul was magically entwined with another, and at night she dreams of every lifetime they've ever spent together. The rules of their magic are simple: Hydee always knows her lover, but he, or she, doesn't remember her. It's up to Hydee to find and make her soulmate see they are destined for each other, and this lifetime is no different, but there's one problem: her soulmate is Theo Monk, heartthrob actor and Hollywood's sometime-infamous badboy. Hydee's hope of reuniting is wearing thin, but she has no idea how dire the situation really is.

Because meanwhile in California, Theo Monk is losing his mind. Anxiety and paranoia rule his life, along with his on-again-off-again girlfriend and her entourage. When fear and frustration push him to an edge, Theo cuts and runs as far from his problems as he can without knowing Fate's giving him one last shot to unite with the only person who can help him. Hydee and Theo must save one another before hope runs out and Hydee's despair and Theo's fear keep them apart forever.

Link to this review by flemtastic tagged coming of age • paranormal

Max Kilgore is a perfect kid who has never done anything wrong. But one day, to please his bedridden mother, he steals a decorative cat statue from the Quickie-Mart where he works. Unable to sleep because of the guilt, he goes off to dig on a mountainside and exhaust himself. When he wakes in the morning, there is a red, horned demon named Burg in his basement, attracted by his sin, and set free by his digging. Until Max provides him a different shelter, Burg is not leaving. Since he’s already making deals with a devil, Max is soon entertaining the idea of asking him to heal his mother, whatever the consequences might be. Lore, a goth girl with a reputation for dabbling in the occult, might be Max's only hope as things spiral out of control.

Why I picked it up: I often give out Damico's earlier three-book series that started with Croak to middle and high schoolers at my library.

Why I finished it: I definitely found Max to be a sympathetic character. Everything he did, he did for his mother, so I rooted for him the whole time. There were plenty of the funny touches, like Burg's refusal to wear pants, the revelation he likes the Real Housewives (they have cable in Hell), and Lore's cherished crowbar with hot-glued googly eyes, Russell Crowebar.

It's perfect for: Neal, my teaching assistant in the library. He would find Burg's increasingly outlandish demands hilarious, starting with stolen junk food (especially Funyuns) and beer and progressing on to hot tubs and 1200-thread count Egyptian cotton sheets. I think the image of Max pillaging a box of Twinkies by stuffing them down his pants and shirt would appeal to Neal's twisted sense of humor, as would the scenes when Burg starts hitting on Max's mom.

The students of St. Etheldreda's School for Young Ladies face a serious problem when headmistress Constance Plackett and her annoying brother Aldous Godding drop over dead during breakfast. If they report the deaths they'll be sent home, to families who ignore them, boss them around, and basically do all they can to make them into "proper Victorian ladies." But while secretly running the school themselves sounds like fun, it turns out to be a lot of work. They have to manage finances, keep the house tidy, maintain their educations, and, most importantly, get rid of all the people who keep dropping by looking for Mrs. Plackett and Mr. Godding. Just when they might be getting the hang of things, the murderer strikes again.

Why I picked it up: I was looking for another story with an off-beat Victorian setting, like The Mysterious Howling: (The Incorrigible Children of Ashton Place Volume 1).

Why I finished it: Berry does a terrific job of making a cast of characters into unique individuals. When the book started, in order to keep everyone straight, I had to rely on the adjectives used to describe each girl: Smooth Kitty, Disgraceful Mary Jane, Dear Roberta, Dull Martha, Stout Alice, Pocked Louise, and Dour Elinor. But as the story went on, I enjoyed watching each move past her one-word adjective, as they realized what they themselves and the other girls around them were capable of. Dear Roberta, in particular, was much more observant and aware than anyone had ever given her credit for. Listening to the scientifically minded Pocked Louisa and the death-obsessed Dour Elinor as they slowly assembled facts to solve the murder mystery was a fascinating look at Victorian Era forensic science, which contrasted nicely with the more old-fashioned thinking of the local doctor. (Berry’s author's note at the end tells more about her research into the historical elements of the tale.) Entwistle's narration is a work of art. Each girl has her own unique voice and manner of speech, as does every other character in the book. She did a marvelous job of bringing Berry's characters and settings to life.

It's perfect for: Readers who like a bit of light romance, but don't want it to overwhelm the story. Several of the girls get to meet young men worthy of their affections, though Berry is careful to keep things historically accurate and appropriate.

These short biographies of historic figures show them as determined young people. Each shares an amusing anecdote from early in the person’s life, their major accomplishment, and ends with a lesson for young readers. At the back of each book are photographs related to the subject.

Full disclosure: Eliopoulis has done two guest strips for Unshelved, one on Street Gang and another on Talent is Overrated.

Why I picked it up: Eliopoulos’s illustrations for Franklin Richards: Son of a Genius, were hilarious and gave the book a lot of heart. His style falls somewhere between Schulz and Waterson.

Why I finished it: The recurring joke in I am Abraham Lincoln. When a girl tells him he’s strange, he tells her, “Yeah, but I’m gonna be on the penny someday.” Nice. And because of the excitement on Earhart’s face when she’s flying. It’s contagious.

It's perfect for: My wife, Silver, who hates amusement park rides. She’ll be shocked at the fact that Earhart and her siblings built a “roller coaster” in their back yard when she was seven, and I think she’ll laugh at the results. And for my friend Liz, an animal lover and a librarian, who will appreciate Lincoln standing up for abused turtles as a kid, as well as his love of books.

Link to this review by geneambaum tagged mystery

Jack Carter heads home from London. His brother Frank is dead; everyone else seems to be buying that it was an accident, but Jack knows better. As he starts trying to use his criminal contacts to find out the truth, he runs afoul of not only the local toughs and their bosses, but the men he works for in the Smoke (London).

Why I picked it up: I was listening to outtakes from The Trip to Italy of Steve Coogan and Rob Brydon doing Michael Caine impersonations, which reminded me of watching Hodges’ film adaptation starring Caine. Great, brutal movie. The blurbs on this from Derek Raymond, James Sallis, and Dennis Lehane convinced me to read the book instead of rewatching the film.

Why I finished it: Carter takes no crap from anyone when trying to solve his brother’s murder, and later when getting revenge for it. He’s quietly but obviously tough, whether facing armed men or putting his bosses back in London in their place. I couldn’t stop picturing and hearing Michael Caine when reading the book.

Link to this review by sarahhunt tagged graphic novel • history

Astonishing, inspiring, and enraging true stories from American history that you should have been taught in school.

Why I picked it up: The story about the AMA’s efforts to stifle black medical education in Invincible Microbe made me realize I need to improve my knowledge of African American history. Comics are always a great way to get started.

Why I finished it: The stories are the kind that illustrate the difficult choices people had to make and what the nation was like way back when, yet they’re funny and inspiring. I liked the running joke in the story of Henry "Box" Brown, who mailed himself to freedom in a wooden crate. At every awful juncture he states, ”This stinks.”

Readalikes: The chapter titled “Richard Potter’s Greatest Illusion” is about America’s first great magician, who passed himself off as being from the mystical east rather than telling the truth, that he was the son of a British nobleman and his black servant. (He only revealed this to his family right before he died.) It reminded me of another true story of magic, race, and family secrets, The Magical Life of Long Tack Sam where the author, Ann Marie Fleming, pieces together the mystery of her great-grandfather, a world-famous vaudeville magician. He struggled with anti-asian sentiment, married an Austrian woman, and left behind many conflicting stories told by family and friends in China, Europe, and America.