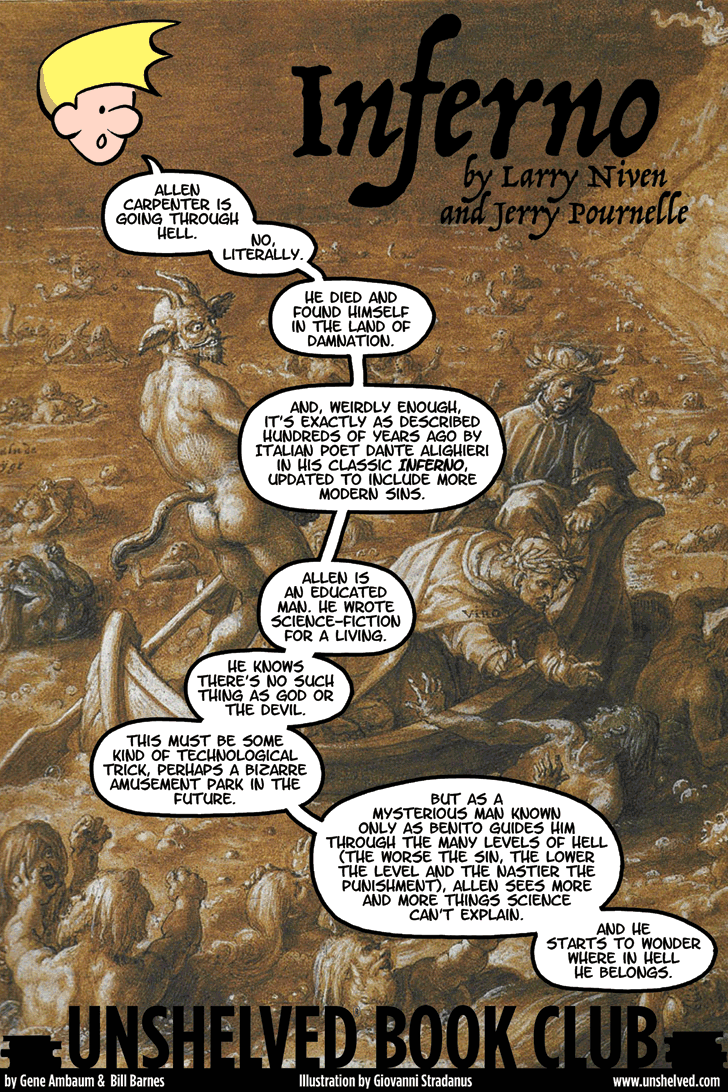 Link to this review by emilyreads tagged literary

Nora had spent her teenage years in a local group home, after her mother abandoned her in favor of a husband who had repeatedly raped Nora. Now she lives alone with her dog, content with a simple life as a library assistant in the same town where she grew up. At the home, Nora found a surrogate family with Ozzie, Grace, and Monica, three other left-behind girls who dubbed themselves “The Invisibles.” They were inseparable until a tragic event at the end of their senior year which they swore never to speak of again. Now, fifteen years later, Nora receives a phone call out of the blue from Ozzie: Grace is in trouble and needs their help. After more than a decade of silence, Nora must decide whether the bonds of friendship are stronger than the pain of abandonment.

Why I picked it up: I have a weird obsession with teenage-friend-reunion stories.

Why I finished it: I thought I had the central tragedy figured out, but I had one key detail wrong. The characterizations are rich and layered, and I wanted to see these women restored to wholeness.

It's perfect for: My high-school friend Suzanne, who seems to know everything about everyone. She’d love both the high drama of each woman’s personal tragedy and the heart-tugging emotional journeys they take.

Archie Rand’s career as an artist spans five decades and myriad themes and genres. Among his pioneering explorations, The 613 is surely one of his most ambitious feats yet. Without any idea where the work would be exhibited, Rand began transforming each and every one of the 613 mitzvahs, or commandments, into its own breathtaking painting, a series that took five years to complete.

Each of the gorgeous and perplexing panels features a vibrant, unexpected image that brings forth the heart of its law and commands our eyes to linger. Rand is startling and original in his rich color choices, bold characters, and extraordinarily expressive approach. The New York Times describes the paintings as “rendered in the style of comics and pulp fiction book jackets, a dash of Mad magazine, a spoonful of Tales of the Crypt, some grotesques, some superheroes, always action, emotion, drama.” Whether grotesque or dramatic, each painting provokes a sense of wonder and self-reflection, making The 613 a book to be visited time and time again. Perfect for readers of art, religion, or popular visual culture, The 613 may be the most audacious and distinctive gift book of its kind.

Link to this review by darcy tagged coming of age • romance

Flora and Henry have no idea they've been chosen by the adversaries Love and Death to take part in an age-old game. Love is determined to keep them together, while Death does everything possible to tear them apart as circumstances throw more obstacles in their way. Flora, an African American girl with dreams of being a pilot, is an unlikely match for Henry, a white boy in 1930s Seattle, but they keep meeting as Love throws them together.

Why I picked it up: I love Martha Brockenbrough's writing style, and I was especially excited about a book with ties to Seattle (where I live).

Why I finished it: I am not a romance reader, and this is not a romantic book. It is a book about love, true love, and how it transcends difficulties of time, racism, and culture. I especially enjoyed the characters of Love and Death. Death is a female character and Love a male, although they can each change bodies as needed to make a play in their game. At every moment of the story, Brockenbrough plays with the idea of opposites, and the story is balanced on extremes of poverty and wealth, black and white.

It's perfect for: Micah, who likes to read about the romance of difficult relationships, especially where characters are forced to take extreme actions due to circumstances beyond their control. From the moment Love pricks his finger and slides it into the mouth of sleeping baby Henry to determine his fate, she will be attracted to this book. She will be hooked when Death appears at the bedside of baby Flora to tell her "Someday everyone you love will die." But mostly I know she will love the vivid descriptions that surround Love and Death themselves. The scent of lilies is around when Death is present, and Love keeps his notes in a beautifully bound book, old as the ages. He writes in it with cerulean ink because it reminds him of the faded letters between Napoleon and Josephine.

Oscar “Chino” Uribe is a young Peruvian journalist for a local tabloid paper. After the recent death of his philandering father, he must confront the idea of his father’s other family, and how much of his own identity has been shaped by his father’s murky morals. At the same time, he begins to chronicle the life of street clowns, sad characters who populate the violent and corrupt city streets of Lima, and is drawn into their haunting, fantastical world.

This remarkably affecting story by Daniel Alarcón was included in his acclaimed first book, War by Candlelight, and now, in collaboration with artist Sheila Alvarado, it takes on a new, thrilling form. This graphic novel, with its short punches of action and images, its stark contrasts between light and dark, truth and fiction, perfectly corresponds to the tone of Chino’s story. With the city of Lima as a character, and the bold visual language from the story, City of Clowns is moving, menacing, and brilliantly vivid.

The author knows that spiders are cool. They are like bug ninjas and eat lots of insects they catch in intricate webs. But sometimes spiders just freak her out and she has to squish them!

Why I picked it up: The spider on the cover is sitting in his web, looking creepy but smiling and holding a heart wrapped in spider silk. That’s a great combination of sweet and awful.

Why I finished it: I, too, have mixed feelings about spiders. I love spider facts (the book has many) but sometimes they just have to die (there are dotted outlines of where you can put your hand to splat the spiders in the book).

It's perfect for: Mae, a first grader who carefully takes spiders outside instead of killing them. She's not afraid of them but she might think it's pretty funny that her mom is. And they’ll have a great time reading it together.

Link to this review by flemtastic tagged coming of age • romance

In memory of her mother, an English woman, Evie decides to attend Oxford. There she falls in with a group of friends as well as a hot boy named Edmund, who takes an interest in her.  Because she is from Seattle, she doesn’t know that Edmund is the crown prince of England until tabloid pictures are published of the two of them walking to class together. She would love a relationship with him, and he seems interested, but Edmund’s romantic prospects are limited to those with a title.

Between matriculating at Oxford, beginning a relationship with Edmund, and finding out about her heritage from her mother's letters and former friends, Evie has quite a busy schedule. She begins to think that she should leave Oxford if she can’t have Edmund because it is torture being around him. Then a surprise from her mother's relatives gives her hope that things can be different.

Why I picked it up: Who doesn't love a good love story featuring a prince? (Actually, I usually don't, but I want to be a good librarian to all my students and force myself to read these types of books.)

Why I finished it: While nothing about the ending surprised me, it had a bit of the Sam-Diane magic of Cheers. I was rooting for Evie and Edmund to be able to declare their love to the world. Whenever the coast seemed clear for them to proceed with their relationship, something would come up: a tabloid article about Edmund being spotted with other girls, a "family friend setting her sights on Edmund, and pressure from Edmund's parents, not to mention the disapproval of English traditionalists with their stiff upper lips.

Plus there were many passionate descriptions of kissing, including numerous variations of "a slight moan escaped my lips." I think this book will be a hit with many of my middle school’s female students.

It's perfect for: My niece Emma, who is a royals-watcher. She stayed glued to the TV all day when Prince William married Kate Middleton, and she will love the drama that Evie courts when she begins to be seen with Prince Edmund. I think she will be more outraged than I was when Edmund is photographed kissing another girl while wooing Evie. What a scandal!

Ellie wants a new toy -- a giraffe -- but her mom won’t buy it for her. She throws a tantrum and hurls her Sally Bear out the window and into the roadside mud. After being dragged through the woods by an excitable dog Sally meets some other strange creatures. She just wants to find her way home, but they have an emergency of their own -- their homes are covered with pink fur and will soon come to life and walk away forever.

Why I picked it up: The owl on the front looks like it’s carrying the stick-wielding teddy bear into battle.

Why I finished it: The owl isn’t Sally’s friend. It snatches her from the side of the road, and Sally only manages to free herself by smacking it with the stick. On the ground, when Sally is dragged farther into the woods by the dog, she’s about to hit it with a rock so that it will let her go. I loved that the other creatures are decidedly nonviolent, and that it’s the cute teddy bear who always seems about to resort to violence.

It's perfect for: Sophie, who loves horses of all kinds, will love Hank, a big-headed, bipedal Unicorn who seems tough but is easily scared. She’ll laugh when Hank falls into the hair removal tonic. (It’s hard not to laugh at a bald unicorn.)

Gerald delivers other people’s items to them as a mailman, but he’s less careful about his own things and is always losing them. One day the Lost Property office calls him so that he can collect his lost (and monogrammed) letter opener. When he visits the storage area with the clerk, he realizes everything there once belonged to him.

Why I picked it up: Nobrow prints these short graphic novels (essentially they’re elegant comic books) on high quality paper, complete with endpapers and French flaps, as part of their 17x23 Project. I never miss a chance to pick one up.

Why I finished it: There’s a beautiful two page diagram in the middle of the book that shows Gerald at different ages. It links possessions from throughout his life to each other, everything from action figures to a video game console to his diary to the letter opener. It’s amazing. (You can see most of it in the third image in this preview.)

Readalikes: Janet Tashjian’s The Gospel According to Larry about a seventeen-year-old boy out to reject consumerism by limiting himself to just seventy-five possessions. I think Tashjian’s protagonist would enjoy the way Gerald loses his things, and how, in the end, he turns them into art.