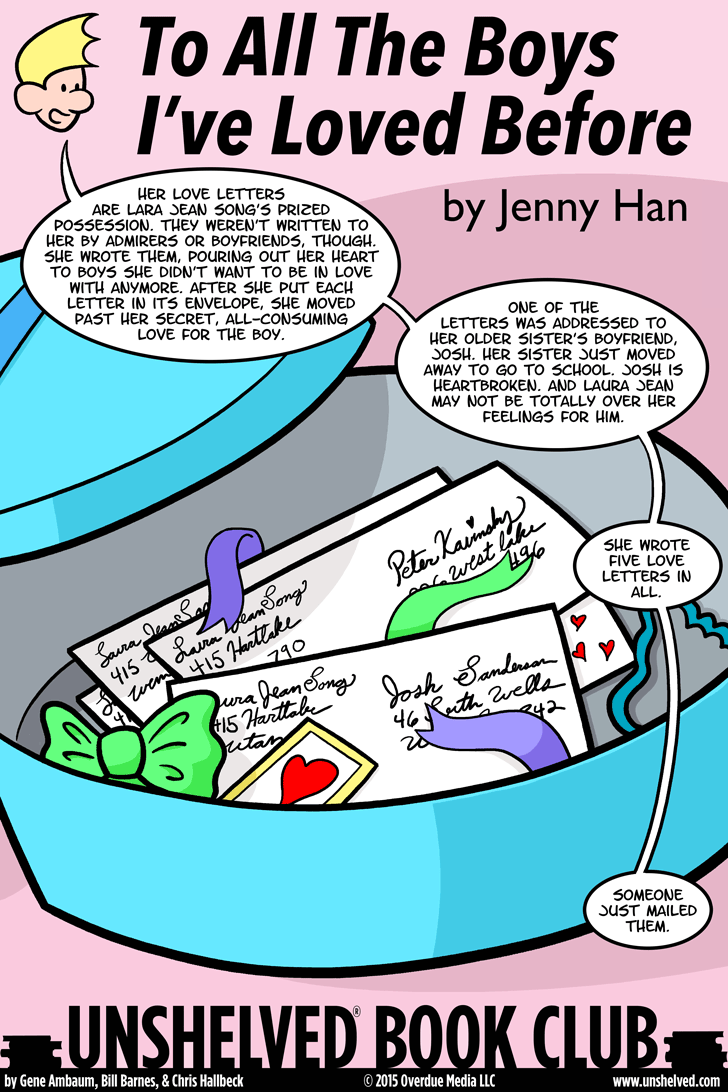 Rupert the cat lives with Mandy, who loves to dance. He watches during the day, and then, when she's asleep, he puts on her shoes and dances. When she wakes up and sees him, she's thrilled and wants him to join her. But Rupert hides. How will she get him to come out from under the bed?

Why I picked it up: I've been a fan of Feiffer's illustrations ever since I read The Phantom Tollbooth.

Why I finished it: It's a great, quick story. The loose, almost casual drawings reflect the free-spirited Rupert and Mandy.

It's perfect for: Maria, who has tried to teach her pets to do various tricks. What she'd really like is how Rupert resists lessons until Mandy asks him to teach her how to dance -- that sort of reverse psychology isn't lost on kids like Maria.

The Book of Phoenix is a unique work of magical futurism. A prequel to the highly acclaimed, World Fantasy Award-winning novel, Who Fears Death, it features the rise of another of Nnedi Okorafor’s powerful, memorable, superhuman women.

Phoenix was grown and raised among other genetic experiments in New York’s Tower 7. She is an “accelerated woman”—only two years old but with the body and mind of an adult, Phoenix’s abilities far exceed those of a normal human. Still innocent and inexperienced in the ways of the world, she is content living in her room speed reading e-books, running on her treadmill, and basking in the love of Saeed, another biologically altered human of Tower 7.

Then one evening, Saeed witnesses something so terrible that he takes his own life. Devastated by his death and Tower 7’s refusal to answer her questions, Phoenix finally begins to realize that her home is really her prison, and she becomes desperate to escape.

But Phoenix’s escape, and her destruction of Tower 7, is just the beginning of her story. Before her story ends, Phoenix will travel from the United States to Africa and back, changing the entire course of humanity’s future.

Link to this review by geneambaum tagged graphic novel • literary

Here is an island where everything is neat and perfect. The sea around it leads to There, a place of disorder and chaos.

Dave lives Here. He sketches the street in front of his house every night to ward off his dark thoughts and dreams.

Dave is completely bald except for a single hair above his mouth. It is always there. No matter what he does to remove it, it grows back to the same length immediately.

One day dread overtakes Dave. He can’t make sense of the data at work, which seems more chaotic than normal. During his daily presentation, a huge, unruly beard suddenly springs from his face. It keeps growing and growing.

Why I picked it up: The guy on the cover reminded me of my friends Pat and Aaron from Alaska Robotics.

Why I finished it: The pencilled art uses a stunning array of textures. Everything from the swirling darkness of Dave’s beard and the sea around Here to the people to the trees to the drawings of Dave’s sketches has made me reopen the book a number of times already. The panel layouts and Collins’s use of perspective are amazing, too.

Readalikes: Willy Linthout’s Years of the Elephant, a graphic novel in response to his son’s suicide, also uses pencils to great effect. I’ve heard that the author decided to leave it in this pre-inked state because it is a reflection of his grief, which will also never be finished.

Urbex is the exploration (sometimes from the outside) of abandoned, restricted, and public buildings by adventurers who want to go where others can’t, often in violation of the law. Practitioners often plan their trips with blueprints and take along backpacks full of ropes, carabiners and other tools, as well as a camera to record their exploits. (Think selfies taken on the roofs of buildings, or from the top of a spire.) There is definitely an outlaw vibe as would-be practitioners are advised to bring I.D. in case they’re arrested for trespassing. Some go for heights and thrills while others stay on the ground or go below visiting sewer systems and bunkers to see cities from the inside out.

Why I picked it up: In the cover photo, Bradley Garrett from the London Consolidation Crew is perched on a crane on the roof of the Aldgate East building looking out over the haze of London.

Why I finished it: I loved learning about how other countries encourage or discourage Urbex. Instead of just trying to enforce no trespassing laws in popular abandoned buildings, Germany charges a small fee and asks that a waiver to be signed. Explorers are then free to go wherever they’d like in government buildings. Some of the selfies taken on the tops of buildings are crazy and breathtaking. I kind of get the idea of how cool it would be to go where others can't. Who wouldn't want to check out an old boiler room like this?

It's perfect for: Noah, my friend and a self-described hipster. Urbex is considered by some to be a green activity because it reuses old buildings and has a leave no trace vibe. Plus it has the sort of sticking-it-to-the-man mentality that Noah would find cool.

This rapid-fire telling of the early days of rap and hip hop culture was first published online at Boing Boing. It tells who performed with whom, who influenced everyone, what deals were cut, and how everyone is related. It’s not called “family tree” for nothing. There are lots of cousins, uncles, kids, and high school classmates because most of the action happens in one New York City neighborhood: the Bronx.

Why I picked it up: It's drawn in the style of superhero comics of the 80s, including some effects that look like blurry misprints.

Why I finished it: It was fun to read while playing the songs that are mentioned throughout the book (most are on YouTube). Lots of modern songs pay tribute to these classics, so I heard familiar melodies and catchphrases even when I’d never heard the original. What was recorded was just a small portion of the music that was made. Many songs could never be published because huge royalties would have to be paid to the owners of songs that cut in throughout, and there were tons of one-off performances at discos, community centers, and outdoor basketball courts. There's a lot to learn even if you think you've heard it all.

It's perfect for: Raleigh, who knows all about the early 80s New York art scene. There was a lot cross-pollination between the hip hop and graffiti scenes before graffiti seeped into modern art and started connecting to the New Wave movement. Independent films captured it all as it unfolded -- Raleigh will definitely watch Wild Style after he reads the story of the real gun that ended up in a mugging scene.

Wandering samurai Usagi Yojimbo defends a taiko drum maker trying to summon rain against the Red Scorpion Gang. Later, after an encounter with the Lord of Owls, a hooded swordsman who leaves death in his wake, Usagi finds himself once again in an area being terrorized by the same gang. He is offered hospitality by the sensei of the Cut Pine School of Swordsmanship, who has offered to help track down the gang.

Why I picked it up: I’ve read every Usagi Yojimbo collection, so I’m not going to stop now.

Why I finished it: It’s one of the best Usagi books in years. I feel like there have been a lot of yokai and ghost stories in recent collections, so this stands out for its straightforward swordplay and sense of real-world adventure. There’s a great sequence in the Cut Pine School where Usagi faces several students in practice matches that reminded me of the best sword fights in Takehiko Inoue’s Vagabond.

It's perfect for: Mitch, who likes caper films like Ocean’s 11. I know he’ll enjoy the brief interlude between the two Red Scorpion Gang stories, which involves two recurring characters selling fake patent medicine for a quick buck and a smart double cross.

Link to this review by robert tagged biography • nonfiction

Most sports memoirs arrive at either the perceived pinnacle of an athlete's fame or at the end of a career. Pro Cycling on $10 a Day by Phil “the Thrill” Gaimon differs in that it’s a chronicle of five years in the U.S. domestic racing scene, honing his craft and his body, learning tactics, and coping with the vagaries of team management before getting a contract to race in Europe for the Garmin team. (Translated into baseball terms, it'd be the story of five years in the minor leagues before getting a call up to the majors.) It’s also hilarious: there’s a lot of locker room humor, and Gaimon counters conventional nutritional wisdom by indulging in cookies. For those who are not bike racing fans, there's a handy glossary in the back.

Why I picked it up: I'm a bike racing fan, and when I checked my local library's catalog for recent books on bikes the title caught my eye.

Why I finished it: The clean, chronological organization was a boon. Each section was headed by the lesson learned, such as “TEAMMATES ARE A GOOD THING” or “BRING A SENSE OF HUMOR TO CHINA.” (Yes, all lessons learned are in all caps.) And they weren't all pleasant lessons; Gaimon describes efforts undone by inept or overburdened mechanics, mistaken team tactics, the pain of off-brand time trial bikes, and the agony of negotiating salary with (or getting spare parts from) parsimonious team management. And crashes. His rage against (and, later, compassion for) cyclists who used performance enhancing drugs is a constant undercurrent. He points out that after winning the Redlands race in 2012 he still was paid $20,000 a year, while earlier winners received compensation in the six figures. Since bike racing's revenue comes far more from sponsorship deals than from gate receipts or TV money, Gaimon is well aware how the sport's reputation affects his and other riders' opportunities.

Readalikes: Road to Valor: A True Story of World War II Italy, the Nazis, and the Cyclist Who Inspired a Nation by Aili and Andres McConnon is a cycling-related biography of a more conventional subject, the irascible Gino Bartali, who won the Tour de France in 1938 and 1948. The span of a decade between victories has not been matched before or after. It also reaches beyond the often narrow range of sports biographies by chronicling his times, including the era during World War II when he smuggled fake ID papers for Jews in hiding, and how his 1948 victories tempered an incipient civil war. 1904: The Tour de France Which Was to Be the Last by Jacques Seray, translated by Richard Yates, is somewhat flawed by the author's partiality towards Tour de France founder Henri Desgrange, but it does capture the start of a world where riders were held principally responsible, and bore the brunt of the punishment, for misconduct on the part of their teams and coaches. It also had a lot more shootings and riots than you'd expect from a cycling stage race .