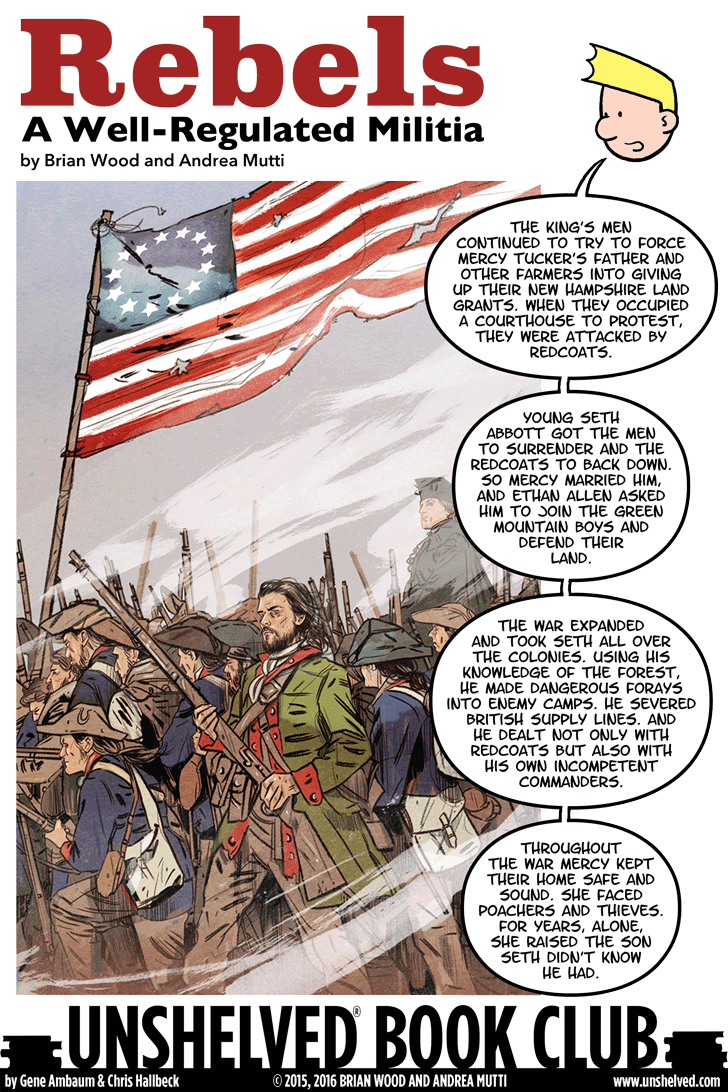 Link to this review by jordan tagged literary • science fiction

The world of documentary filmmaker Severin Unck is a blend of classic science fiction and old Hollywood, where all nine planets are colonized and silent film reigns supreme. Told in diary entries, film scripts, interviews, and tabloid editorials, Radiance is the tale of Severin's unorthodox childhood, her mysterious disappearance in the middle of a shoot, and a universe that may be more than it seems.

Why I picked it up: The cover art is stunning, and the jacket describes it as "a decopunk pulp SF alt-history space-opera mystery."

Why I finished it: Valente draws out her world's mysteries so slowly and carefully that I couldn't help but keep reading. Radiance also embraces tropes with enough self-awareness that its characters feel sympathetic and intriguing rather than derivative: the absent-minded artist is revealed to be a grieving father, and the hard-boiled detective is a misfit trying to move beyond a childhood trauma.

Readalikes: The Night Circus, one of my all-time favorite books, also immersed me in a world that is so similar to yet different from ours. And though the plot and themes are very different, the format is strongly reminiscent of Jon Dos Passos's U.S.A trilogy about America in the early 20th century.

Twelve-year-old Lanesha lives in a tight-knit community in New Orleans' Ninth Ward. She doesn't have a fancy house like her uptown family or lots of friends like the other kids on her street. But what she does have is Mama Ya-Ya, her fiercely loving caretaker, wise in the ways of the world and able to predict the future. So when Mama Ya-Ya's visions show a powerful hurricane--Katrina--fast approaching, it's up to Lanesha to call upon the hope and strength Mama Ya-Ya has given her to help them both survive the storm.

Ninth Ward is a deeply emotional story about transformation and a celebration of resilience, friendship, and family--as only love can define it.

Illustrator Lehtimäki started photographing his son's toys to capture part of his youth before he grew up. The Lego Star Wars figurines started taking on a life of their own as the photographs became more elaborate and began telling stories of their downtime between big movies. They became popular online and ended up inspiring the look of The Lego Movie.

Why I picked it up: The snow trooper doing an awesome ski jump on the cover looked really fun!

Why I finished it: The stories behind the creation of the beautiful snowfields on Hoth (baking powder, and sometimes plaster powder sifted through water) and the smoky sunlight on the moon of Endor, all shot in his basement or at a local park, was really inspiring. He definitely has pro-level photography skills, but his inventiveness in creating big-budget effects with ordinary objects made me want to try making ambitious, small-scale art.

It’s perfect for: Richard, a Star Wars fan who has a Lego wall in his school library's makerspace. I bet the photographs would inspire his students to tell stories with whatever they have at hand.

When her fifth-grade teacher hints that a series of lessons about home and community will culminate with one big answer about two tall towers once visible outside their classroom window, Deja can't help but feel confused. She sets off on a journey of discovery, with new friends Ben and Sabeen by her side. But just as she gets closer to answering big questions about who she is, what America means, and how communities can grow (and heal), she uncovers new questions, too. Like, why does Pop get so angry when she brings up anything about the towers?

Award-winning author Jewell Parker Rhodes tells a powerful story about young people who weren't alive to witness this defining moment in history, but begin to realize how much it colors their every day.

Are We There, Yeti?
Yeti is a bus driver taking a bunch of kids somewhere for a surprise.

I Know Sasquatch
A young girl who met Bigfoot in the woods behind her house dispels some of the scary information about this “monster.”

Why I picked them up: Bigfoot and yetis seem like hot topics in picture books right now. (Does this have anything to do with that recent X-Files revival?) Every time I’m in the woods, I look for Sasquatch.

Why I finished them: They’re both super fun and tell a great story, but the art in each book couldn’t be more different. Anstee’s Yeti has a sketchy, hand-drawn and -colored quality that helped me feel the kids’ excitement at their surprise (as well as the boredom of the long bus ride). Bradley draws precise, cartoonish images on top of outdoor photos, which makes the bubble-gum-chewing Bigfoot and his other cryptid buddies look super friendly. (Bradley’s endpapers are cool, too -- they look like a forest map a talented kid might draw with markers.)

Readalikes: Older folks as into Bigfoot as I am should read Graham Roumieu’s twisted Me Write Book: It Bigfoot Memoir. (I want to stress that I’m not this into Bigfoot. I’m just a librarian who knows about a lot of books he doesn’t want to read.)

Ten-year-old Sugar lives on the River Road sugar plantation along the banks of the Mississippi. Slavery is over, but laboring in the fields all day doesn't make her feel very free. Thankfully, Sugar has a knack for finding her own fun, especially when she joins forces with forbidden friend Billy, the white plantation owner's son.

Sugar has always yearned to learn more about the world, and she sees her chance when Chinese workers are brought in to help harvest the cane. The older River Road folks feel threatened, but Sugar is fascinated. As she befriends young Beau and elder Master Liu, they introduce her to the traditions of their culture, and she, in turn, shares the ways of plantation life. Sugar soon realizes that she must be the one to bridge the cultural gap and bring the community together. Here is a story of unlikely friendships and how they can change our lives forever.

From Jewell Parker Rhodes, the author of Ninth Ward (a Coretta Scott King Honor Book and a Today show Al's Book Club for Kids pick), here's another tale of a strong, spirited young girl who rises beyond her circumstances and inspires others to work toward a brighter future.

Link to this review by dawnrutherford tagged biography • graphic novel

Lucy moved on with her life after her breakup with John, but she never really got over him. They were living separate lives in different cities, and she had pretty much accepted she would have to love him from afar.

Then on one of his visits to New York City, he surprises her with a marriage proposal. Overjoyed, she accepts, and finds herself with a new quandary: how to plan a wedding as a modern feminist woman who doesn't believe in traditional gender rolls.

Why I picked it up: I adore Knisley's work, and was thrilled to hear she had a new book coming out. And I confess I was even more delighted to find out she had gotten back together with John (I’d read about the breakup in her other books).

Why I finished it: One of my favorite books is Knisley’s Relish, which is focused on the role food has played in her life. While I wanted to see how she would or would not handle wedding decorations and to follow her examination of how weddings and marriage fit into the world of modern women, I was dying to hear what food she served at the reception.

Readalikes: Weddings are a revealing window into any culture. One of my favorite manga is A Bride's Story by Kaoru Mori. The first few volumes follow the engagement, wedding, and early married life of a young nomad woman in nineteenth century Central Asia. Because her husband-to-be is from a different tribe, Amir doesn't entirely know what to expect from her new family. And because her groom is eight years younger, there is some awkwardness to overcome. But once she lives with the family, learning their ways and traditions, and cooks their food, she forms a stronger bond with them than she has with her blood relatives.

If only Maddy sees the mermaid, can it be real?

It's Maddy's turn to have a bayou summer. At first she misses life back home in the city, but soon she grows to love everything about her new surroundings -- the glimmering fireflies, the glorious landscape, and something else, deep within the water, that only Maddy sees. Could it be a mermaid? As her grandmother shares wisdom about sayings and signs, Maddy realizes she may be only the sibling to carry on her family's magical legacy. And when a disastrous oil leak threatens the bayou, she knows she may also be the only one who can help. Does she have what it takes to be a hero?

A coming-of-age tale rich with folk magic, set in the wake of the Gulf oil spill, Bayou Magic celebrates hope, friendship, and family, and captures the wonder of life in the Deep South.

Audrey (cow) has a good life on a bucolic farm until one of the older cows tells her she is a food cow, not a milk cow or a work cow, and that one day she will be taken to the Abbot's War like her mother was. Roy (horse) affirms the news, and her best friend Eddie (dog) enlists the aid of other farm animals to plot her escape. But her journey through the forest has its dangers.

Why I picked it up: I heard this was a good middle-grade story, and I liked its first-person interview style, with each character having their species listed after their name.

Why I finished it: The characters were complete individuals, including gentle Audrey with her smart vocabulary, boisterous Eddie, calm and wise Roy, terse Claudette (cougar), and the two smugglers, Stan and Oliver (raccoons).

Readalikes: Charlotte’s Web by E.B. White. Both books feature smart, talking animals who cross species lines to help each other. Audrey (Cow) also has humans in it, though they tend to be comical, from a hapless truck driver Kasey, who is driven away from his truck by two adolescent crows, to Torchy, the young reporter who develops a liking for the staid game manager, Humphrey.