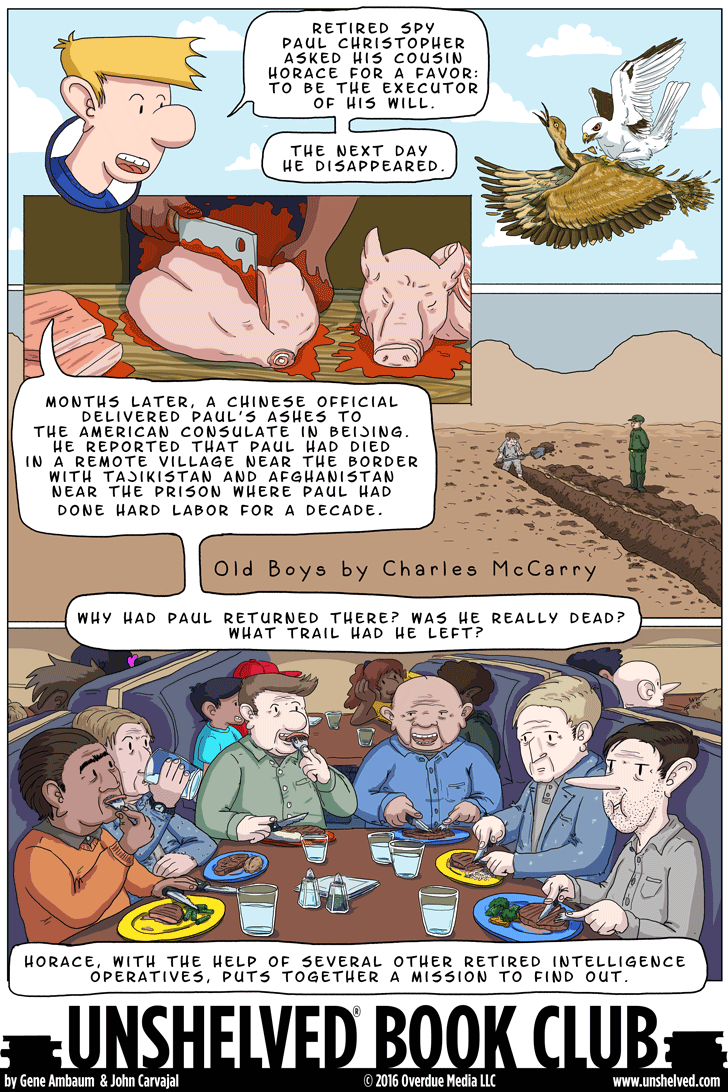 Link to this review by flemtastic tagged nonfiction

Wheelan looks at famous examples of economic bubbles and busts all over the world and explains what happened, as well as how it could have been avoided ahead of time and/or fixed afterward. He posits that money must serve three functions to be healthy and useful. It must be a unit of account, i.e. it must allow people to understand how much something costs. It must be a store of value -- users must be able to stockpile it and use it later without losing value. And it must be a medium of exchange, i.e. it must be portable for easy transfer. Japan’s recent decades of deflation, the current Euro crisis, the Great Depression and the Great Recession, the gold standard, nations purposefully devaluing their currency, as well as other historical moments in economic policy, are discussed in depth.

Why I picked it up: Wheelan promised clear, insightful talk about monetary policy.

Why I finished it: I feel like I can speak at length on financial world policies now (look for me at a dinner party near you, soon). Wheelan gives real examples of currency manipulation and central bankers who have screwed up their countries, along with hypothetical examples to make policy easier to understand. My favorite tidbit was that pouches of mackerel is the most widely used currency within federal prisons since cigarettes were banned. (Yes, the fish. No, I don’t mean tins of fish -- those are outlawed in prisons because they could be use to make weapons.) Pouches of mackerel are portable, worth about a dollar, and keep a long time. Apparently, the fact that it has intrinsic worth (it can always be eaten in a pinch) has made it a viable currency. One could convincingly argue that mackerel pouches are a more pragmatic form of money than Zimbabwe's after that country’s central bankers devalued its currency -- in 2008 its monthly inflation rate was eighty billion percent. (Yes, that number is correct.) In fact, Wheelan owns an example of the largest note ever created in the world, a Zimbabwean $100 trillion bill.

It’s perfect for: My Friend and perpetual Rand Paul supporter, Carl. Fiscal issues are the key to getting his vote, and he loves that Rand Paul continues to advocate getting rid of the Federal Reserve. An in-depth look at the Fed's historical actions, underlying goals, and financial tools make up the bulk of the content of this book, including details about quantitative easing, which injected large amounts of cash into the system after the 2008 financial crisis, and its “too big to fail" bank bailouts. It would all enrage Carl.

Link to this review by theo tagged biography • history

Early in WWII, the Japanese were easily breaking the United States’ quick combat codes, which were used for fast, tactical communications. The US decided to recruit a small number of Navajo (Diné) to come up with a spoken code based on their language, which was both obscure and extremely complicated. This is the story of one of the men who designed the code.

Why I picked it up: I first heard about this at the National Museum of the Pacific War in Fredericksburg, Texas. Then I read Cryptonomicon, which whet my appetite for codes.

Why I finished it: Chester’s life was so different from mine. Originally named Betoli, he was forced by the US government to go to a boarding school where he was renamed, forced to speak English, and not allowed to practice any of his tribal traditions. He was beaten for the slightest mistake in his schoolwork.

It’s perfect for: My dad, who would enjoy the process of developing the code (twenty-nine amateurs with no prior experience were put in a room and told to develop an unbreakable code) and the everyday experiences (boring then suddenly terrifying) of a marine in the Pacific.

Link to this review by emilyjones tagged cookbook • essays

Modeled after How to Cook a Wolf by M.F.K. Fisher, these essays skillfully blend her philosophy of cooking with practical skills and recipes to help readers learn how to nourish themselves with satisfaction and pleasure. They cover a range of topics from how to shop for and prepare ingredients for a weeklong menu to how the odds and ends from one meal can become the beginning of the next.

Why I picked it up: One of my official goals for 2016 is to no longer view cooking as a daunting task that must be endured. A good friend (and enthusiastic cook) recommended this book as an introduction to cooking at home as something enjoyable and intuitive.

Why I finished it: Adler's calm and thoughtful approach is so novel for me, I was fascinated from the very beginning with chapters about boiling water and preparing eggs. In chapter 12 she asked a question that really spoke to me: "How do you fall in love with [cooking] again, or if it has never made you truly happy, fall in love with it for the first time?" And by the time I got to "How to Snatch Victory from the Jaws of Defeat," I had bought my own copy.

It’s perfect for: My friend, Aaron, who is also embarking on his own journey to become more confident and consistent in the kitchen. Aaron shares my fascination with Alton Brown, and this book is a philosophical balance to Brown's more scientific approach to the underlying processes of cooking.

A mysterious hand-bound book was discovered by a collector of outsider art. It was filled with crayon and colored pencil drawings on ledger paper from "State Lunatic Asylum, No. 3” and included illustrations of paddle boats, cars, buildings, animals, and portraits of well-dressed people. Research led to the surviving family of James Deeds, a man who had spent most of his life in the sprawling state institution in Nevada.

Why I picked it up: The drawings are very detailed but without any sense of perspective or depth. They reminded me of drawings by kids.

Why I finished it: I felt sad to think about an artist with so much to express who spent the majority of his life locked up. The title of the book is drawn from the text on one of the drawings, which actually says "ectlectrc," which one writer thinks might not be a misspelling but a reference to electroconvulsive therapy, a treatment common at the asylum.

Readalikes: These drawings are much milder than the bright colors and feverish imagery of I Shall Destroy All the Civilized Planets! or Terror Assaulter: O.M.W.O.T., but both of these books also made me wonder about the inner lives of their writers.

An old woman with a very big family can’t get her knitting done. She packs up her things and sets off to find a better place to work.

Why I picked it up: I’m a huge fan of Brosgol’s purplish graphic novel Anya’s Ghost, so I was excited to read her first picture book. Plus my review copy arrived with a personal note from her and a tiny knitted sweater.

Why I finished it: I’ve been noticing how frequently comic book elements have been appearing in picture books lately, and it’s great to see them used to their full potential. Round panels, splash pages, and word balloons help show how annoyed the old woman is at her grandkids as well as the goats, bears, and aliens. (Just look at that cover -- it’s a brilliant comics page!)

Readalikes: In the last few weeks, I’ve read a few other picture books that make great use of comics elements. I Love Lemonade by Mark and Rowan Sommerset features a turkey trying to exact revenge on a sheep by getting it to drink a cup of “lemonade” (aka pee) that was made by a goat. Their back-and-forth conversation is brilliantly expressed via word balloons. It Came in the Mail by Ben Clanton uses envelopes and postcards as comics panels in a story about a boy with a magic mailbox.